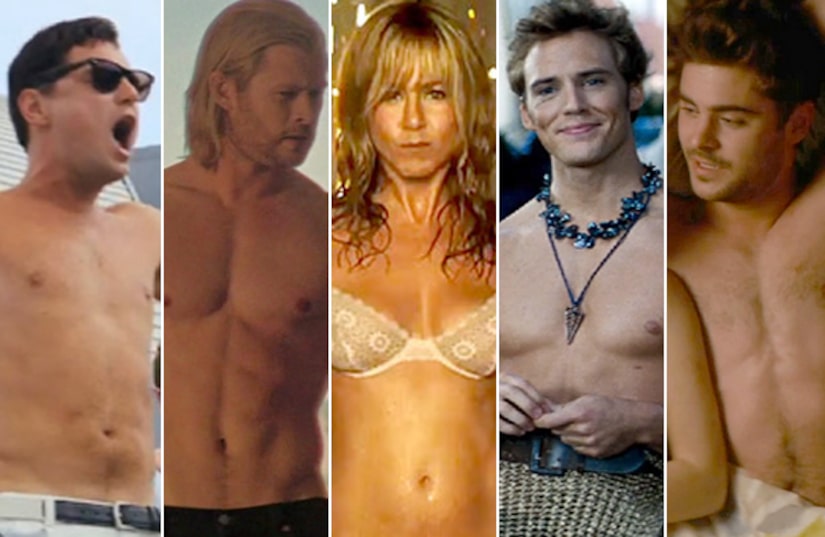 There were so many great topless performances last year, it's hard to choose just one. MTV has narrowed the list, nominating five hotties for Best Shirtless Performance for the upcoming Movie Awards.

Who was your favorite?

Jennifer Aniston in “We're the Millers”
Sam Claflin in “The Hunger Games: Catching Fire”
Leonard DiCaprio in “The Wolf of Wall Street”
Zac Efron in “That Awkward Moment”
Chris Hemsworth in “Thor: The Dark World”

Now that we've got the important stuff out of the way, we would like to remind you that Conan O'Brien will host the 2014 MTV Movie Awards on April 13. The show will be broadcast live from Nokia Theatre in L.A. starting at 6 PM PT/9 PM ET.

Fans can vote for their favorite nominees at MTV.com through April 12.