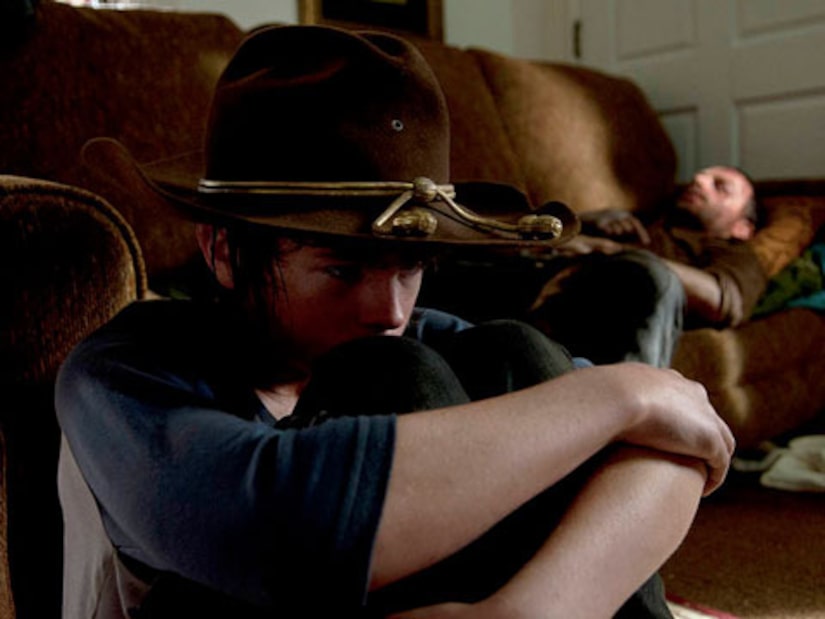 Teenagers, babies, zombies, oh my! “The Walking Dead” is officially back!

When we left off, the survivors were on the run, splintering off into small groups in the aftermath of the bloody prison showdown. As the show returned for the mid-season premiere, the spotlight was on Rick and Carl, who escaped together, and Michonne, who is alone and on the run again.

Looking back at the episode, here are our favorite moments!

Carl's Rebellion: Carl is sick and tired of being treated like a kid. As they look for food and shelter, Carl yells at his dad, curses, sneaks out and nearly gets himself killed. When they settle into an abandoned house, Carl discovers a teen boy's bedroom, putting into perspective what his life could have been like.

Michonne Says Goodbye: It was a graphic moment, but a tender one. Michonne returns to the prison to find everyone has fled. She notices Hershel's severed and zombified head on the ground. With tears in her eyes, she sticks it with her sword, then, ever so gently she holds the head down as she removes the knife. 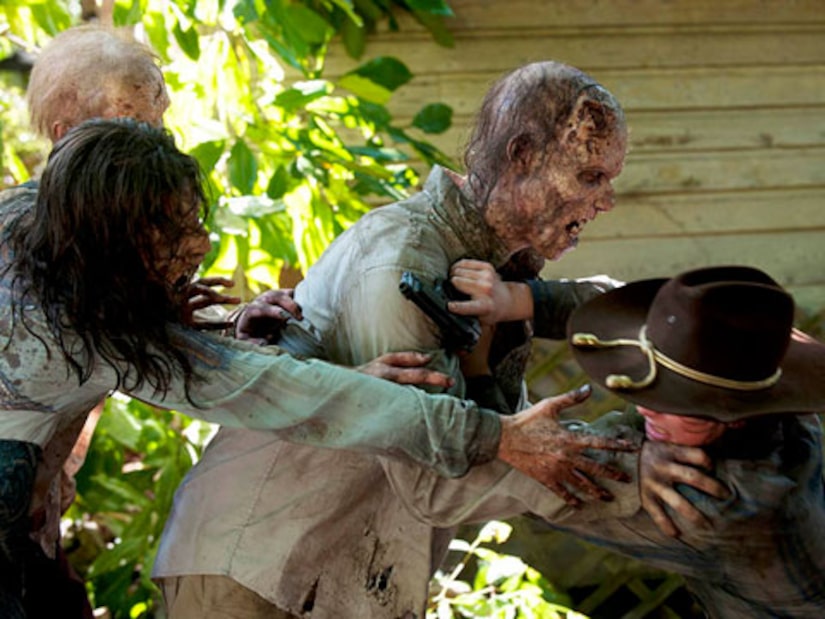 Carl Plays with Fire, Doesn't Get Burned: Carl's not scared of anything. While his dad is sleeping, Carl decides to have some fun with the zombies outside. He lures two down the street only to get attacked by another from behind. He shoots them up and narrowly escapes. Later, while searching for food, a zombie takes him by surprise. He's nearly bit, but gets away as the zombie clutches his shoe. Afterward, Carl seems almost gleeful.

Michonne's Backstory: We finally get a peek at Michonne's backstory. While she's dreaming, we learn that she once had a lover named Mike, and a son. The couple is entertaining a friend at their home, talking about art and wine, but the scene quickly starts to unravel. The conversation fast forwards to the apocalypse, and we learn that Mike didn't see the point of living anymore. By the end it is clear that Mike and the friend were Michonne's original zombie pets.

Carl Can't Shoot Another Family Member: Rick is down for the count after suffering extensive injuries. During the night Carl wakes up and hears his dad's labored breathing and thinks he has died and turned into a zombie. His loss of innocence is tested as he points the gun at his dad. He can't do it. It's a good thing too, because Rick wasn't dead! 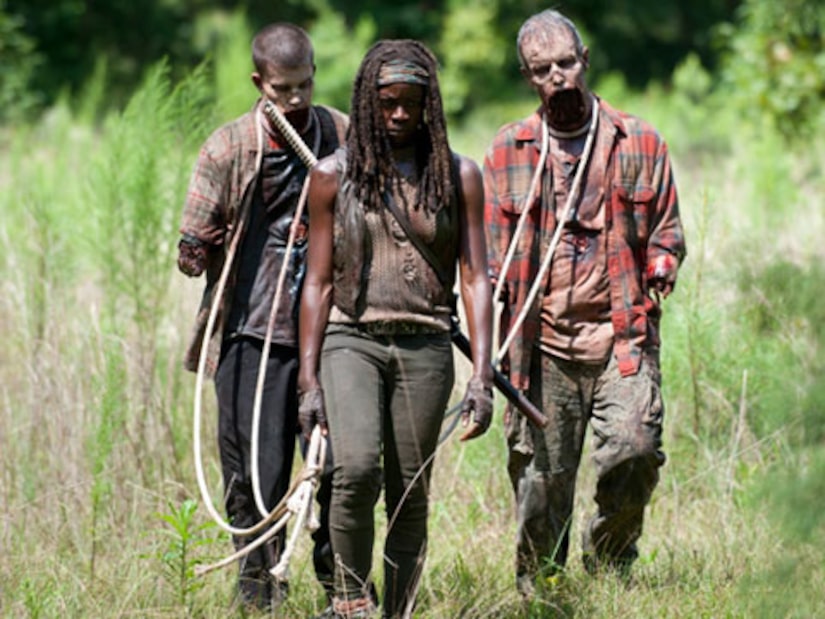 Reunion! Michonne wanders around for a few days, new zombie pets in tow, but she looks miserable. When she can't take it anymore she massacres every walker in sight, and then sets out to track down the other survivors. By the end of the show she's on the doorstep of Rick and Carl's abandoned house!