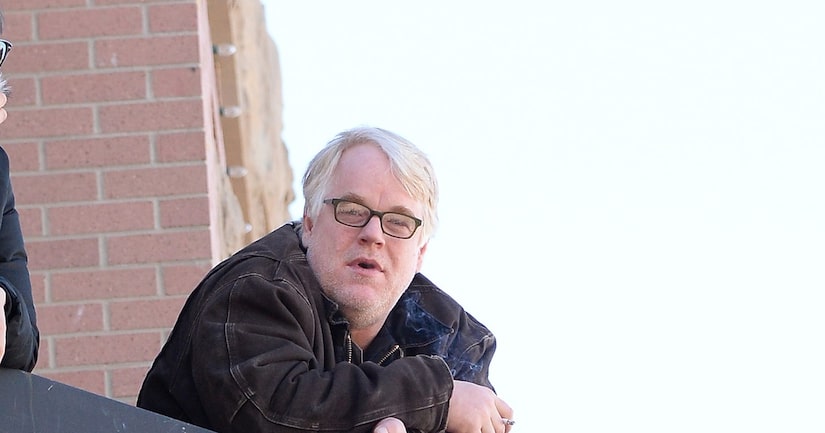 Actor Philip Seymour Hoffman’s death on Sunday from an apparent drug overdose may have been caused by a lethal strain of heroin.

CNN reports that Hoffman, 46, was found on his bathroom floor with a syringe in his left arm, and that authorities found more than 50 glassine-type bags in his apartment, containing what is believed to be heroin.

The police also found several bottles of prescription drugs and more than 20 used syringes in a plastic cup.

Eight of the empty bags were stamped with “Ace of Spades” and “Ace of Hearts,” which reportedly could be street names for a deadly mix of heroin laced with the opiate fentanyl. The drug has also been known as "Theraflu," "Bud Ice" and "24K,” and has been linked to more than 100 deaths in America.

Cops are not sure if this strain caused Hoffman's death, but they told TMZ that "everything's in play" until they get results from toxicology.

Hoffman, who had struggled with addiction for many years and was in rehab in 2012, was reportedly completely off the wagon, spending $10,000 per month on heroin, along with the prescription drug, Oxycontin.

A source told RadarOnline.com, “He was what we call a heavy ‘red liner.’ That means he liked to shoot [heroin] with a needle, but he also sniffed it daily. And he was majorly hooked on Oxy, too.”

FOX News reports investigators are trying to track down surveillance video from an ATM where a man told cops he witnessed what he believed was Hoffman buying drugs from two other men on Saturday night.

The witness told police he saw the actor, who looked "very sweaty" and "like s**t,” take out cash from the ATM and give it to two men, who were carrying messenger bags.

An autopsy is scheduled for Monday.

"Extra" spoke to HLN's Dr. Drew Pinsky, who reacted to the death of the actor and offered his thoughts on the nature of heroin addiction.