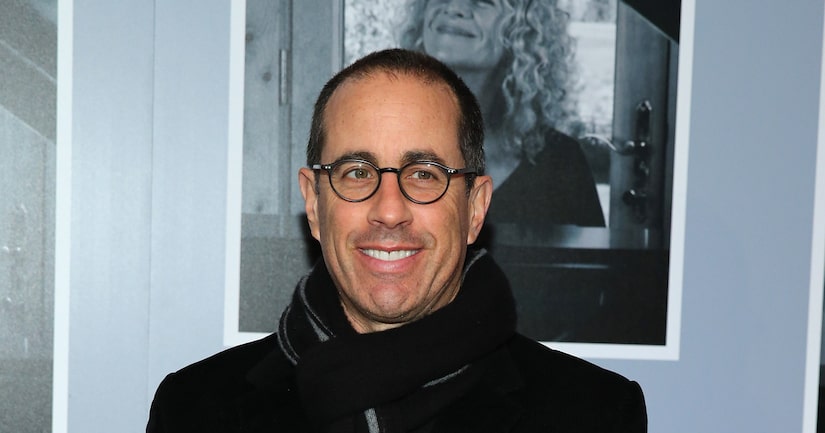 Raise your hand if you want a “Seinfeld” reunion!

While funnyman Jerry Seinfeld isn't giving a lot of details about a “secret project” he's working on, it looks like it will involve “Seinfeld” pals Jason Alexander and Larry David.

In an interview with NYC radio station WFAN, the hosts asked Jerry about a photo that was taken of him and Alexander walking into Tom's Diner on Manhattan's Upper West Side, seen in nearly every episode of “Seinfeld.”

Seinfeld confirmed the two weren't filming a commercial or an episode of Jerry's hit web series “Comedians in Cars Getting Coffee,” but simply referred to it as a "secret project."

The comedian tried to get away with the answer, "I gave you more now than I've given anyone. I told you what it isn't. And then I also told you that it isn't not that, either."

When the hosts pressed, Seinfeld replied that Alexander was reprising his role as neurotic George Constanza and that the project involves original co-creator David.

Seinfeld called it a "short-ish"-form project, but that it's longer than 60 seconds and will go public "very, very soon." He also said this was a “one-and-done” deal.