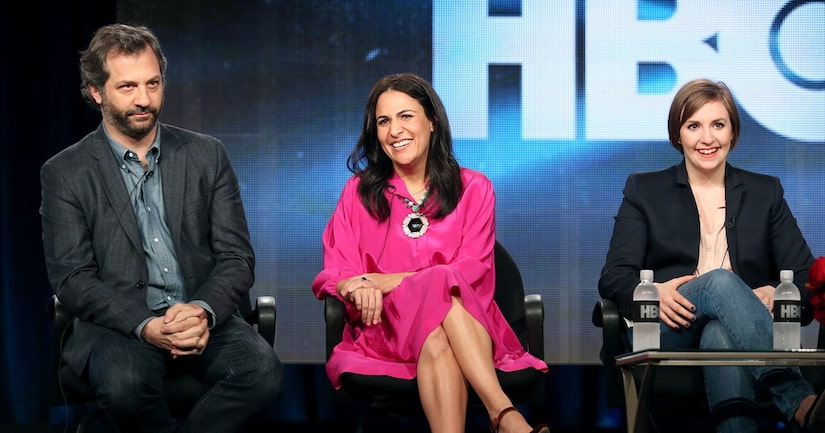 Although executive producer Judd Apatow thought it was “offensive” to even ask, “Girls” creator Lena Dunham had no problem answering a question about why she's so often naked in the hit HBO series.

A heated exchange was sparked on Thursday at the Television Critics Association panel for “Girls” when a reporter asked Dunham why she is “naked just at random times for no reason.”

The actress, 27, said, "It's because it's a realistic expression of what it's like to be alive, I think, and I totally get it. If you are not into me, that's your problem, and you're going to have to work that out with professionals."

Apatow, however, slammed the query. "That was a very clumsily stated question that's offensive on its face, and you should read it and discuss it with other people how you did that… it's very offensive." Apatow didn't exactly say why he found the question to be sexist.

Fellow EP Jenni Konner was also peeved. She interrupted her response to another question to add, “I literally was spacing out because I'm in such a rage spiral about that guy… I was just looking at him looking at him and going into this rage [over] this idea that you would talk to a woman like that and accuse a woman of showing her body too much. The idea it just makes me sort of sick.”

Apatow later discussed the question after the session, calling it "sexist" and "misogynistic,” reports People.com.

Season 3 of “Girls” premieres on Sunday, and HBO has already ordered a fourth season of the hit comedy.