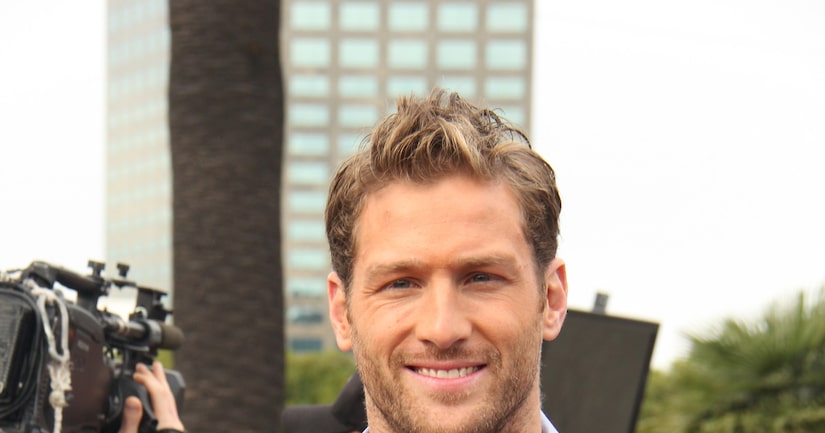 “The Bachelor” star Juan Pablo Galavis joined “Extra’s” Mario Lopez at Universal Studios Hollywood as our special co-host, dishing about Season 18 and revealing the other competition reality show he would do.

The Latin hunk said he would be interested in doing “Dancing with the Stars,” telling Mario, “We’ll see man. I like dancing a lot.”

As for being the new “Bachelor,” Galavis said it hasn’t been particularly easy. “People think, ‘Great, hang out with a bunch of ladies!’ but no, it’s not easy because I have to say goodbye to other people, which I hate.”

Juan would not say if he found love yet, but did say the other lady in his life, 4-year-old daughter Camila, watched the premiere episode of “The Bachelor” on Monday… and won’t be watching anymore.

The single dad explained, “I treat her very carefully because I want to be a good example for her. I had a girlfriend after I broke up with her mom and for Camila that girlfriend was just daddy’s friend. We never kissed, never had sleep overs, never did anything in front of Camila because I want her to understand that the girlfriend I bring home is the one.”

The Venezuela native also talked about the tragic murder of former Miss Venezuela, Monica Spear Mootz, in his home country. Juan said he met her once. “She just finished doing a soap opera in Miami… and I got the chance to meet her. It’s crazy, man, what’s happening there. It’s unfortunate to have to talk about my country that way. I left Venezuela in 2008 and came to the United States. I have seen how the country has gotten worse and worse, especially with crime.”

Check out Juan’s romantic exploits when “The Bachelor” returns next Monday on ABC!