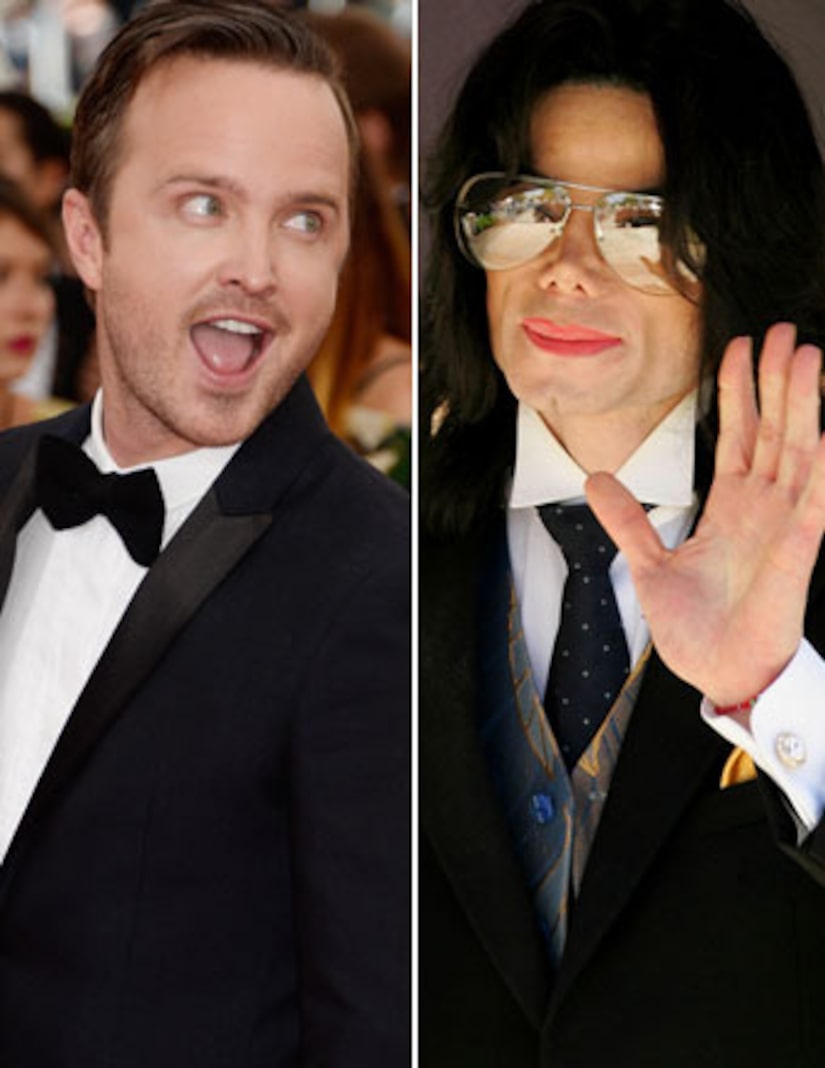 Aaron Paul once did shots with Michael Jackson? Yes, that's right… “Breaking Bad” star Jessie Pinkman and the King of Pop partied together!

Paul recounts the story in a new interview with Details magazine, and it's pretty unbelievable.

The encounter occurred near London at a birthday party for Prince Azim of Brunei. M.J. was a guest, while Paul was attending as a plus one.

Aaron made an impression on Prince Azim, who was celebrating his 25th birthday, after some shenanigans that included chasing sheep and breaking a hovercraft.

Paul explained, "I was going back up to my room, and this guy grabs me and says, 'Hey, Prince Azim wants to see you in the library.'”

He continued, “So I go down there, and he's sitting on the couch with Michael Jackson, and me and Michael Jackson end up having this hour-long heart-to-heart about family and upbringings, and I remember, he just put his arm around my shoulder and said, 'You know, if you've had a rough childhood or not, it's all about forgiveness. Once you realize that, it's fine. Everything's fine.'”

Aaron agreed, and suggested they do a shot together. "And I'm like, 'Michael, you are absolutely right.' And then I go, 'Do you want to do a shot?' And he goes, 'Sure!' And I was like, 'Okay, Michael, let's do this.'"