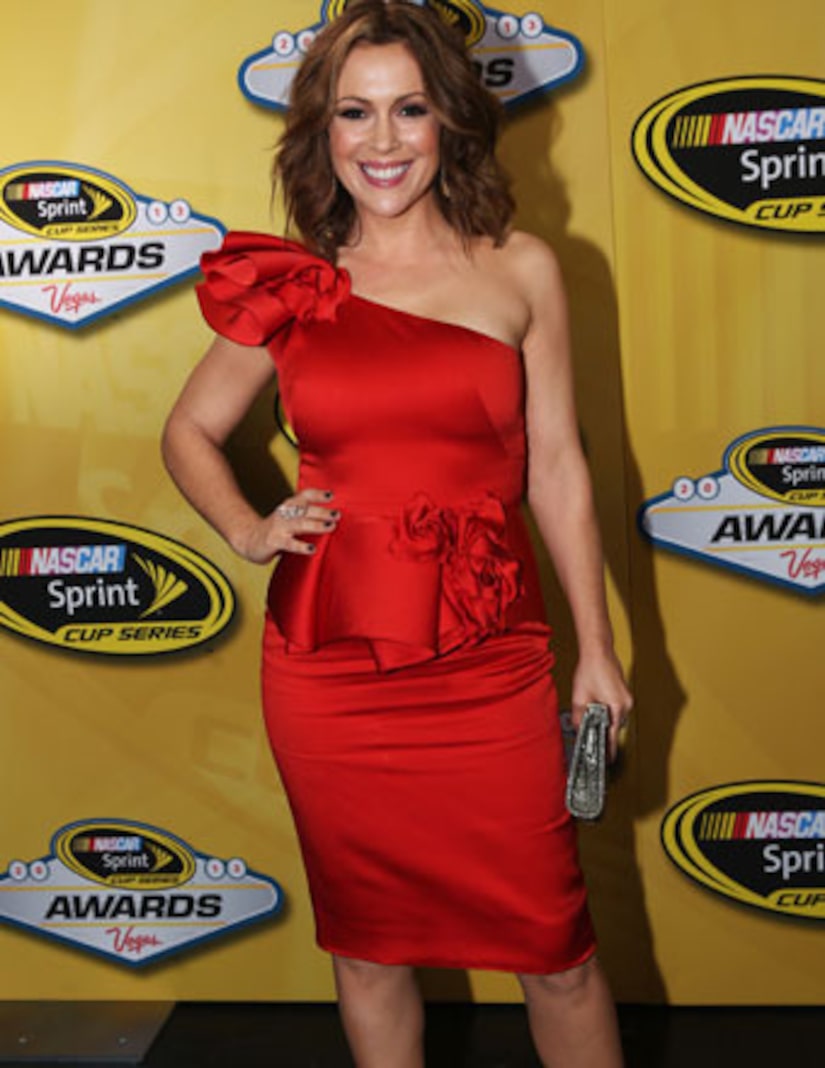 Actress Alyssa Milano stopped by Universal Studios Hollywood on Tuesday to talk with “Extra’s” Mario Lopez about the recent remarks Jay Mohr made about her weight.

Milano explained, “Well, he made a comment that was not so nice about my weight and I called him out on Twitter about it… I just think he was trying to make a joke and not think about it, but I heard it actually on Christmas Day and it hurt me, I was affected by it and I wanted to remind him that I'm a human being and that this hurts.”

Mohr said things like, "It seems like she had a baby and said, 'I don't really give a s***' ... I read it on her gut," along with "Melissa what's-her-name was very nice but didn't look so great. Somebody sat in the director's chair and was not wearing Spanx and I was like, 'Jesus Christ.'" Jay has since apologized for “fat shaming” Milano on his blog, explaining his jokes fell flat.

Alyssa, who responded to Mohr on Twitter, writing, "@jaymohr37 So sorry you felt the need to publicly fat-shame me. Be well and God Bless. Please send my love to your beautiful wife,” told Mario, “I think it's an interesting statement about where we are socially that people feel that they can sort of rip a woman's body apart after having a baby. I think we've plastered these celebrities on tabloids about how much weight they gained during their pregnancy and how quickly they lose it afterwards and so it's sort of, unfortunately, everyone's fair game and I don’t' think it's fair.”