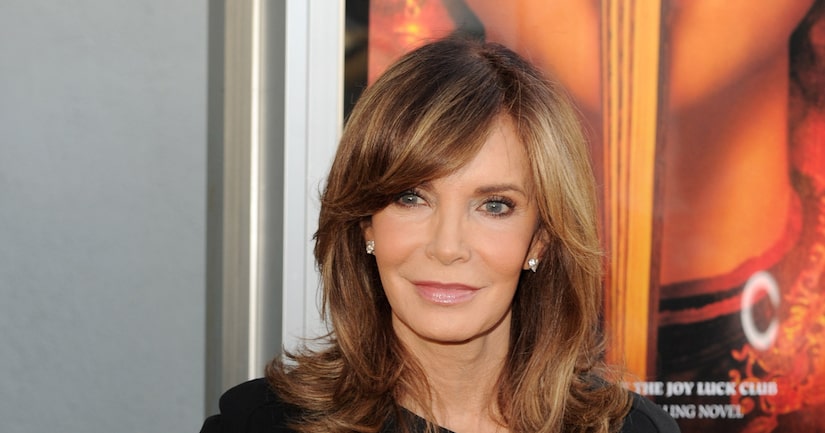 The case between Ryan O’Neal and The University of Texas at Austin is now in the hands of the jury, which must decide if the school or O’Neal should have one of two Warhol portraits of Farrah Fawcett.

Fawcett’s longtime friend and "Charlie's Angels" co-star Jaclyn Smith sat down with “Extra’s” Terri Seymour on Tuesday, just a day after she broke down outside court.

The actress continued, saying the painting in question does belong with O’Neal. “Over the years that has always been Ryan’s painting, so I feel somewhere, why, how, the truth got lost. It’s sad because Farrah’s not here to set us all straight. It’s only people close to her, and when two people are fighting against one another, somehow you know the truth gets diffused and lost in the shuffle, but those who love her and feel her presence know where that painting should be and it should live in the home of Ryan O’Neal.”

Smith also said Fawcett would find humor in this court case if she were here. “She was funny. She was always making you laugh even after her illness. She would probably say, ‘Here they are fighting for this painting. I should’ve made that clearer in that living will.’”

Jaclyn teared up again, talking about seeing Fawcett’s son, Redmond. “It was like seeing Farrah… I gave him a big hug and he’s adorable and he looks great. That’s just what Farrah would want to see, what she would love and that was beautiful… There’s tears of joy, I was just saying, ‘Gosh, Farrah, I know you are here and I know you are seeing him and he’s amazing.’”

The TV star added she knows that O’Neal appreciates her support. “We always say I was his favorite second angel. I think he was happy to have all the support, and I think it was hard on him. He said, ‘I talk to that painting every day, that painting is a part of my life, part of my history and I go and I talk to her.’ I think Redmond’s the same, he sees his mom there, that’s her soul… As I said yesterday, Ryan was the love of her life. When they weren’t together, they were still together, and Redmond was her heart. He was everything, so don’t you think that painting should be with him?”