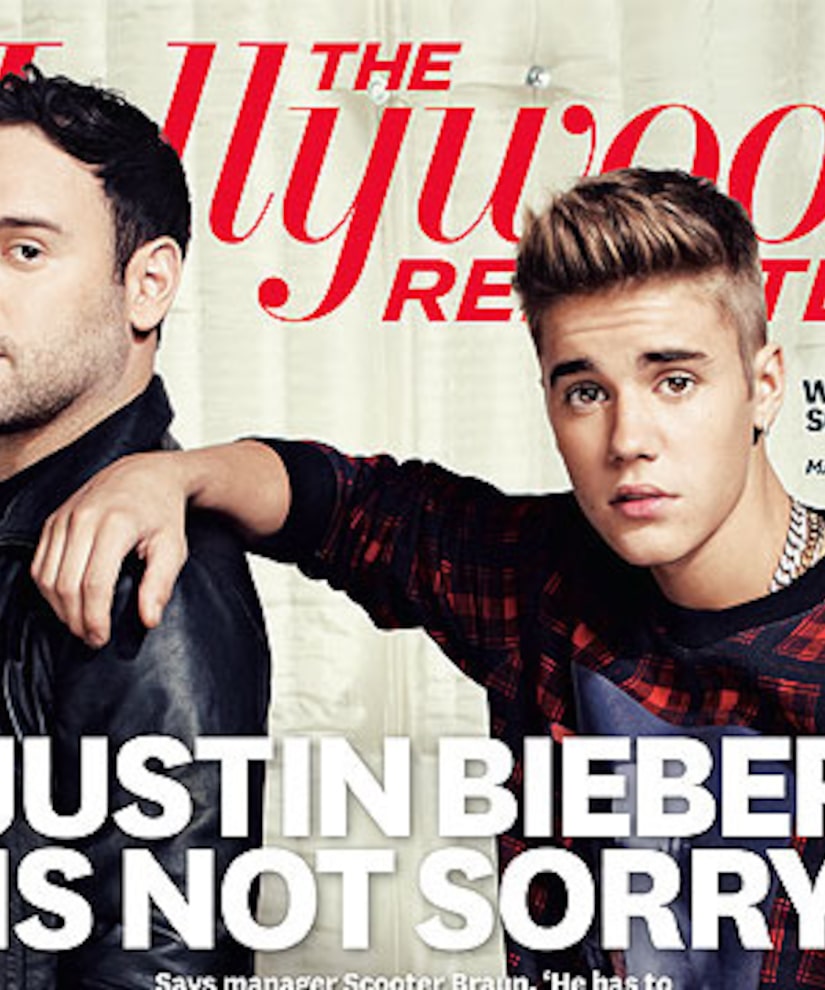 Superstar Justin Bieber isn't apologizing for any of his recent behavior because he really doesn't care what people think.

On the cover of The Hollywood Reporter magazine with his manager, Scooter Braun, the 19-year-old talked openly about his life and career. Here are 5 highlights: 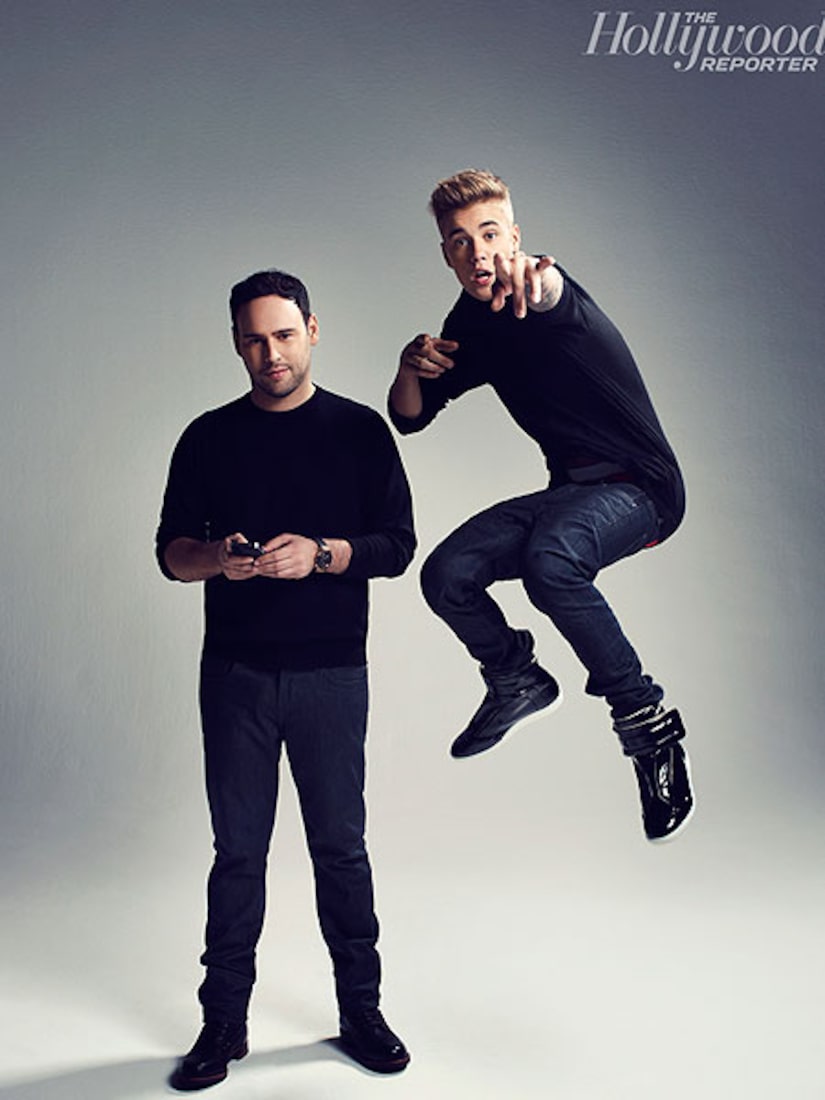 The Media Thrives on Negativity

“When people see a negative thing about me on a magazine, they're gonna buy it. Every time some site writes something bad, all my followers go on there, and it brings them more traffic. Now they have all the Beliebers on their site, which gives them money from advertisers. They're just worried about money. They don't care about ruining someone's name.” 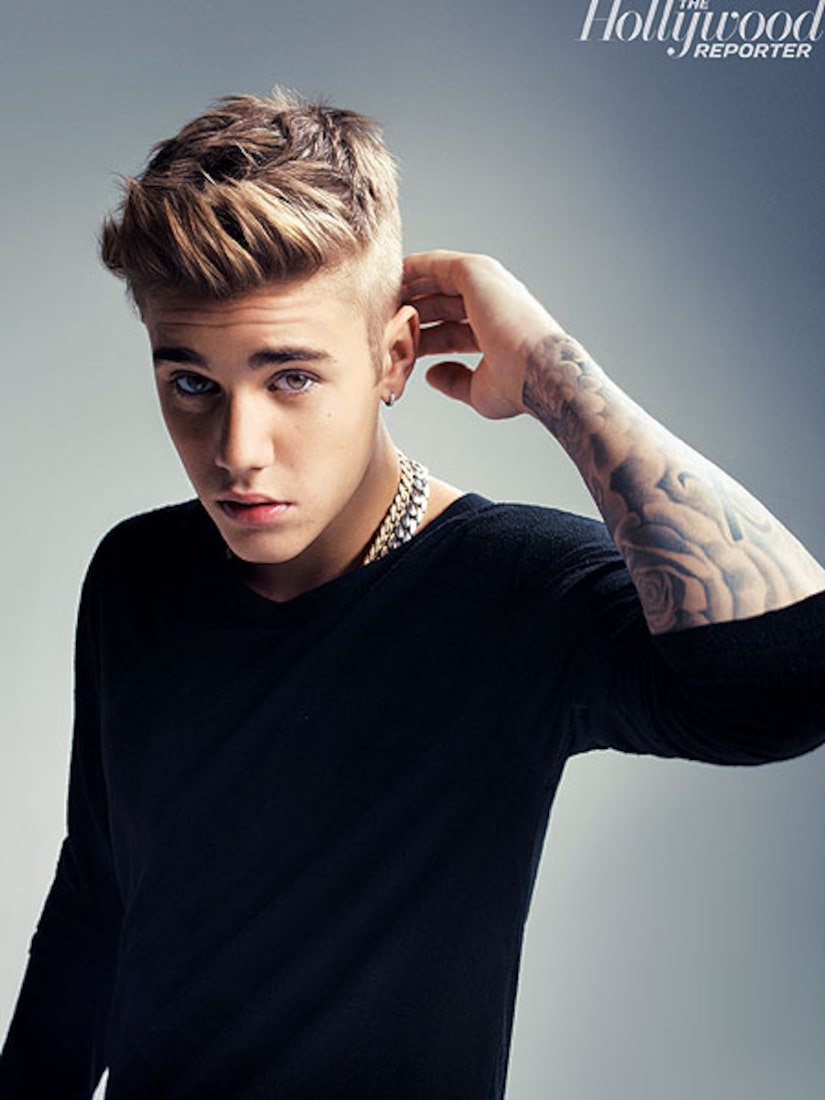 “I'm very influenced by black culture, but I don't think of it as black or white. It's not me trying to act or pose in a certain way. It's a lifestyle -- like a suaveness or a swag, per se. But I don't really like to say the word ['swag'] anymore. It's kind of played out.” 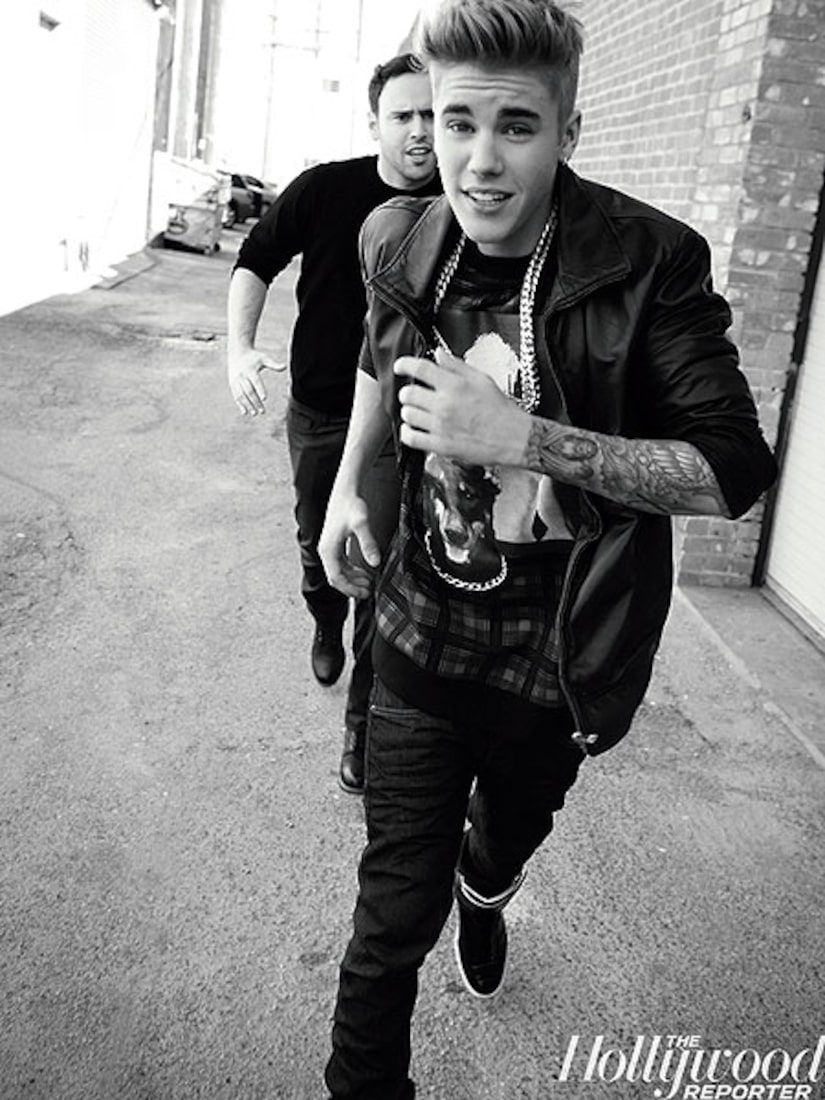 "I trust my mom and dad. I trust Scooter with my career; he's always made sure I'm taken care of. That's it." 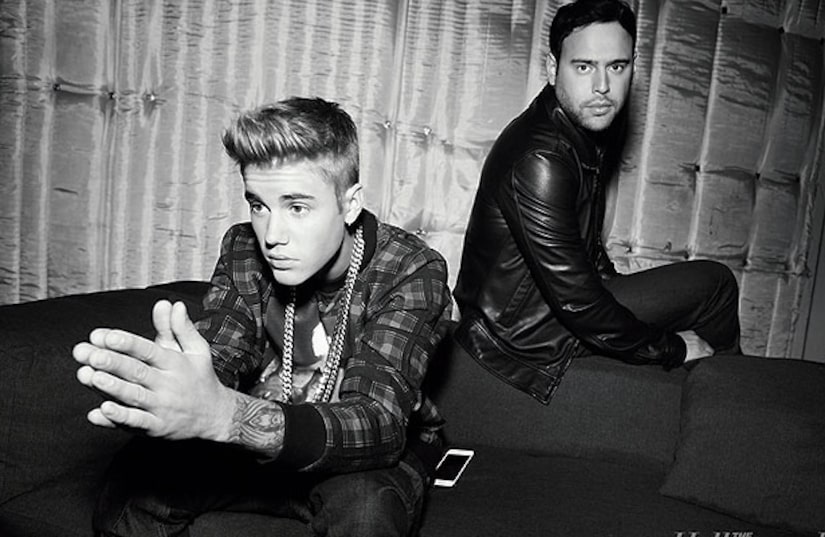 He's Got Loads of Time