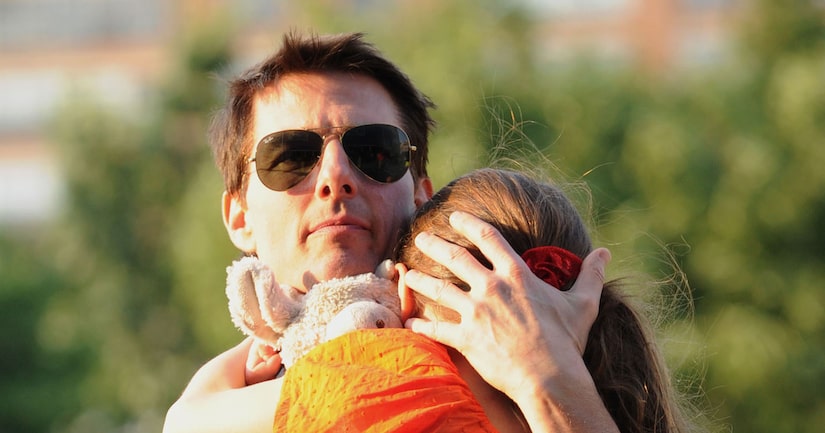 Actor Tom Cruise recently had to answer some tough questions about his divorce from Katie Holmes and the effects it has had on their 7-year-old daughter, Suri.

Cruise filed a $50-million dollar lawsuit against the tabloids that claim he abandoned Suri after his split from Holmes.

According to a transcript of the September deposition, obtained by “Extra,” Cruise detailed how he didn't see Suri for at least three months after the divorce -- a period of time from early August 2012 to Thanksgiving -- when he was filming a movie in London.

The “Oblivion” star said, "Things change and there is different agreements, like in any divorce, where you work out schedules. It's just a different set of circumstances. It certainly does not mean that I've abandoned my daughter."

He added that he spoke to Suri, who he describes as a “very happy child, and confident, and has a good sense of herself,” on the phone almost daily during that time period. "I've gotten very good at it… I tell wonderful stories."

The 51-year-old also revealed that Suri is no longer practicing Scientology, Cruise's religion, and was asked whether Holmes divorced him to "protect" the girl from Scientology.

Cruise, who said he found the question "offensive," replied, "There is no need to protect my daughter from my religion."

When pressed, Cruise did concede that the religion was one of the reasons Holmes left. The actor replied, "That was one of the assertions, yes… there are many other aspects to the divorce."

The main thing Cruise emphasized was the need to move forward with the lawsuit after failed attempts to resolve the issues privately.

"What I find most disturbing is that I have to sit here and look at this photograph of my daughter with 'Abandoned by Daddy' [on the cover]," said Cruise. "To me, that is what sticks out the most. 'He chose Scientology over Suri for good.' 'Has he chosen Scientology over Suri for good?' 'Abandoned by Daddy.' I mean come on, that is absolutely disgusting. That is absolutely disgusting."

The next court date for the case is scheduled for November 26.