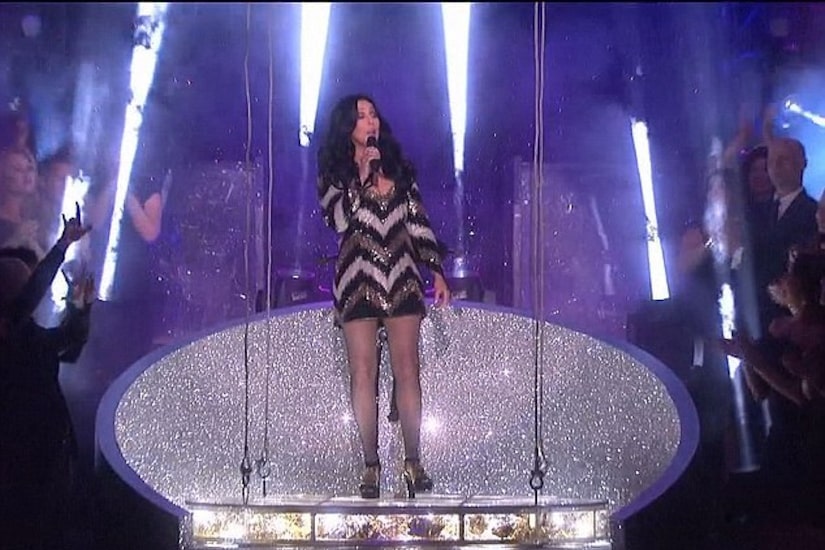 The “Dancing with the Stars” contestants competed to Cher's biggest hits on Monday, and the superstar singer was there as a special guest judge to enjoy every minute!

Cher opened the show by descending from the ceiling in a mini-dress as she belted out “Believe.”

Then, filling in for Len Goodman, Cher took a seat alongside Carrie Ann Inaba and Bruno Tonioli and was her usual candid self.

The 67-year-old told Jack Osbourne he looked like a pimp, and even got bleeped when she praised contestant Elizabeth Berkley.

Although they were all having fun, a dancing duo had to go, and we said goodbye to Brant Daugherty and Pete Murgatroyd.

The “Pretty Little Liars” star was teary-eyed as he said his goodbyes to the “DWTS” ballroom. The actor shared, "I've learned something I never thought I'd be able to learn in my life. I learned a lot about myself and I'm just very, very grateful for the opportunity."

Tune in next week on “DWTS” to find out who will be the next to go home!