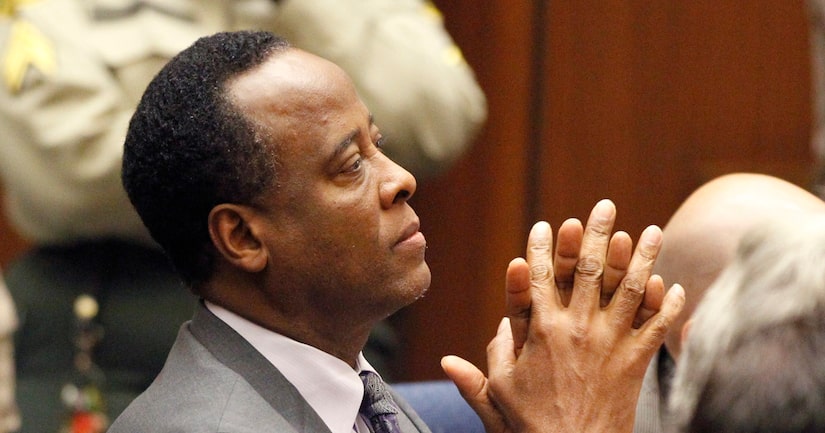 Murray exited from the back of the jail, avoiding reporters and hecklers who wanted to give the man grief, if they could.

The 60-year-old former cardiologist was convicted of involuntary manslaughter for administering a lethal dose of the anesthetic drug propofol to the King of Pop, who died June 25, 2009.

Murray was sentenced to four years in prison in 2011, but he was released two years early because he was given an additional day of credit for each day he served, reports E! Online.

Many Jackson supporters criticized what they deemed “special treatment” the doctor received while in prison, including permission to use a telephone in his cell.

Earlier this month, the Jackson family lost a civil lawsuit filed against AEG Live, claiming the concert promoters negligently hired Murray. While the jury thought Murray was unethical, they found he was competent to serve as Jackson's general practitioner.

What was Murray's first stop after leaving jail? That would be an In-N-Out. Looking noticeably older and gray, as he was spotted eating a burger from the popular fast food chain. See pics at TMZ.com!