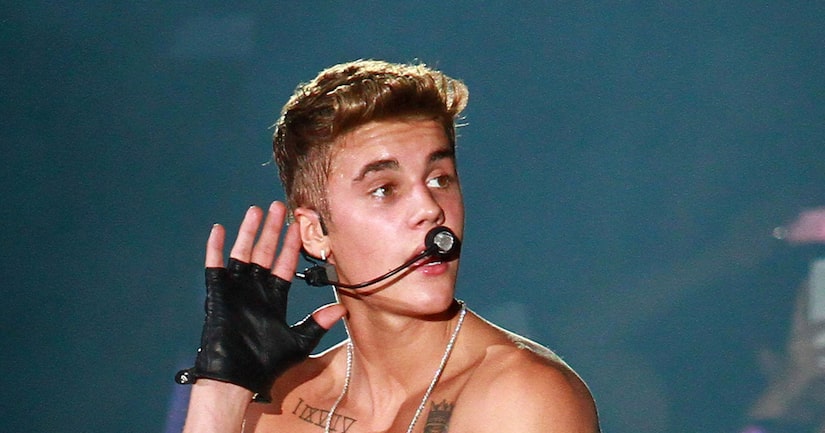 TMZ reports that the 19-year-old visited a Texas strip club called VLive on Friday, and while walking around with no shirt and his pants nearly down around his ankles, the “Boyfriend” singer pleasantly surprised a stripper when he got a little friendly.

Posting an Instagram pic of the Biebs, the woman wrote, "He touched my a** I almost fainted… I've danced for a lot of celebrities and they normally don't phase (sic) me but Justin had me in shock!"

The wannabe bad boy may have just been in one of those moods after releasing a teaser clip to his upcoming documentary, "Believe,” in which Bieber is working out his love-hate relationship with detractors.

In the clip, Bieber tells director Jon Cho, "You always gotta keep a smile on your face. Through all the negativity... you've gotta hide your emotions sometimes, especially for me going on stage.”