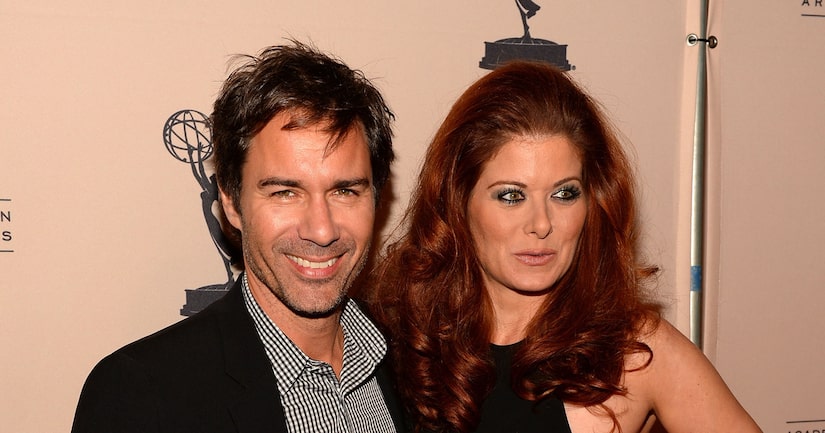 Eric McCormack and Debra Messing proved they're as funny as ever when “Extra’s” AJ Calloway caught up with the stars for a little “Will and Grace” reunion.

Celebrating the comedy heading to WE TV after going off the air 15 years ago, Debra said “Hell no,” it doesn’t feel like 15 years, while Eric joked, “It doesn’t look like it, does it?”

Fans can catch up with the stars on cable, but don’t expect a reunion show. Eric explained it would look a little like “the four of us in assisted living… hilarious.”

Reminiscing about their favorite guests stars, both admitted Michael Douglas made them pee a little bit!

“When he dances up against you it was literally… I think I peed a little bit,” Debra laughed.

Eric added, “I think I peed a little bit and he was right behind me, so I know for sure.”

Debra also revealed her favorite funny moment behind the scenes.

“We had just gone through a whole sexual harassment seminar and then Mr. Sean Hayes, in only the way Sean Hayes can do, dropped his pants, dropped his underwear and walked outside.

She continued, “[He] walked outside, across the parking lot. He’s like, 'Is this inappropriate behavior?' All you see is the neon-white tush.”