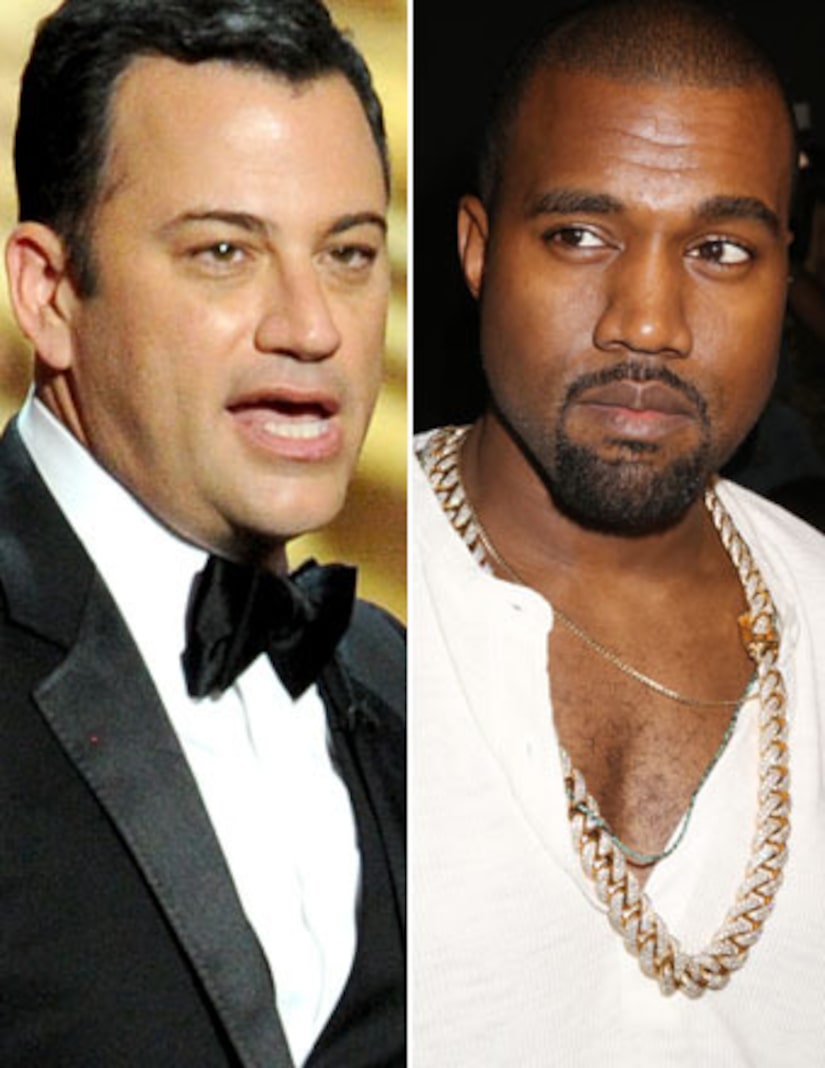 ABC announced that West is scheduled to appear on Kimmel's show on Wednesday night, where the two will most likely talk about their recent Twitter tiff.

The rapper was miffed by a sketch featured on “Jimmy Kimmel Live” in which the late-night host spoofed an interview West gave to a British station, and let Kimmel know his displeasure on Twitter.

Kimmel smiled on Tuesday, “Kanye and I had a disagreement a couple of weeks ago -- and it got a little bit out of hand. Tomorrow night, we will sit down and discuss it like normal people do -- on television.”