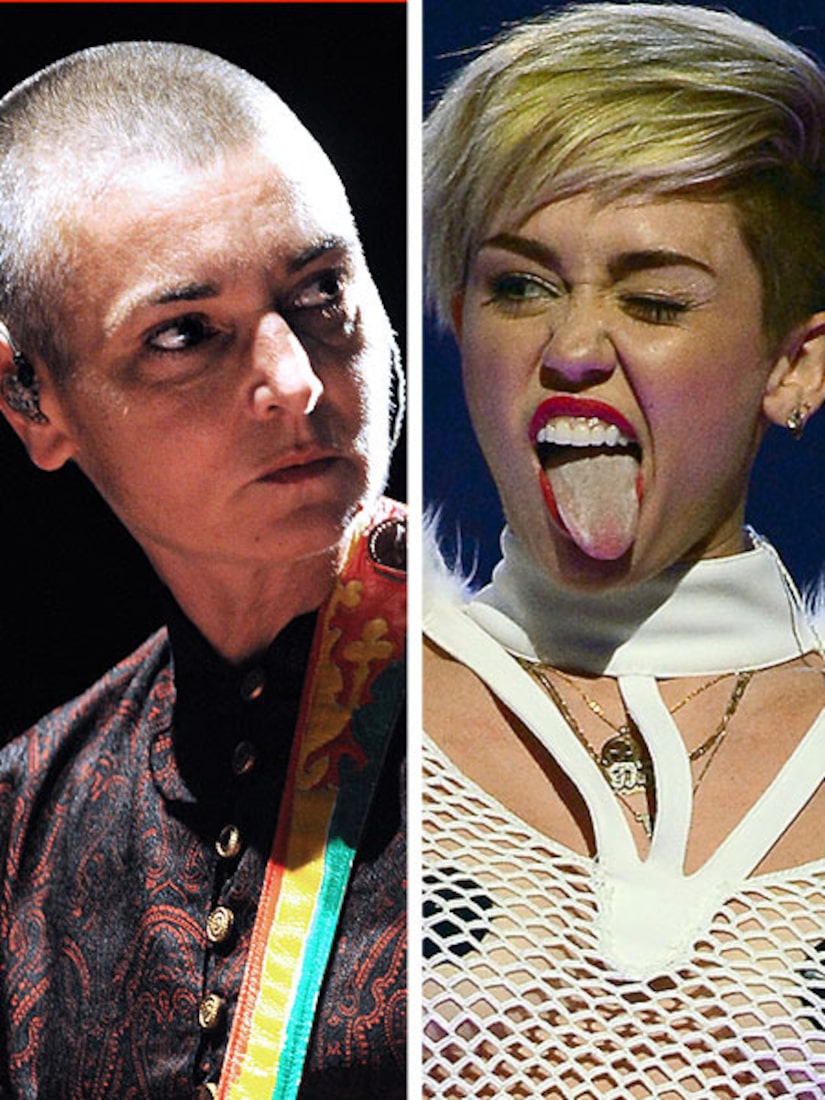 Sinead O'Connor probably understands what Miley Cyrus is trying to accomplish, having been controversial in her day, but the Irish singer wants Miley to know she's going about it the wrong way.

Cyrus told Rolling Stone that O'Connor's music video for “Nothing Compares 2 U” partly inspired her “Wrecking Ball,” so O'Connor, 46, wrote an open letter to the former tweener, giving her some advice.

Written in "the spirit of motherliness and with love,” O'Connor told Miley that she is "extremely concerned" that Miley believes it is "in any way 'cool' to be naked and licking sledgehammers in your videos. It is in fact the case that you will obscure your talent by allowing yourself to be pimped, whether it's the music business or yourself doing the pimping."

Sinead warned, "Nothing but harm will come in the long run, from allowing yourself to be exploited, and it is absolutely NOT in ANY way an empowerment of yourself or any other young women, for you to send across the message that you are to be valued (even by you) more for your sexual appeal than your obvious talent."

O'Connor urged Miley to "pay close attention," as she says that the music business doesn't care about "any of us. They will prostitute you for all you are worth, and cleverly make you think it's what YOU wanted… and when you end up in rehab as a result of being prostituted, "they" will be sunning themselves on their yachts in Antigua, which they bought by selling your body and you will find yourself very alone."

O'Connor, who once ripped up a picture of the Pope while performing on “Saturday Night Live,” also pointed out that we live in a "dangerous world.”

She concluded, “We don't encourage our daughters to walk around naked in it because it makes them prey for animals and less than animals, a distressing majority of whom work in the music industry and its associated media. … You are worth more than your body or your sexual appeal. ... Whether we like it or not, us females in the industry are role models and as such we have to be extremely careful what messages we send to other women. The message you keep sending is that it's somehow cool to be prostituted. It's so not cool Miley… it's dangerous."

Cyrus hit back on Twitter, Natch. The "We Can't Stop" singer posted a pic of O'Connor's most recent tweets and captioned the pic, "Before Amanda Bynes…. There was…."