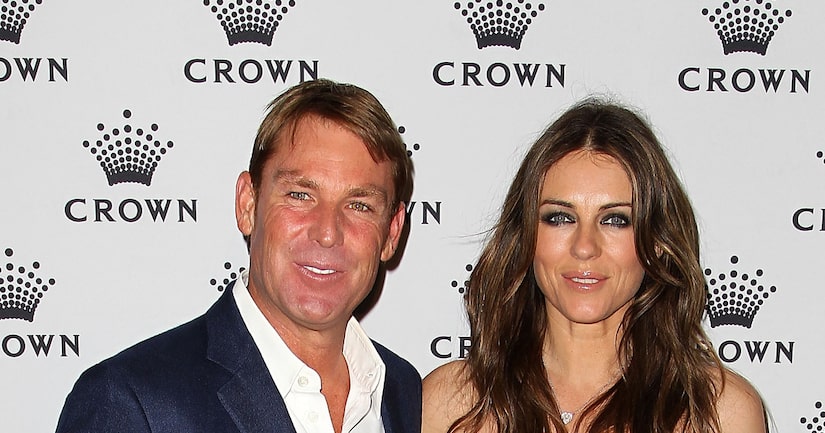 Rumors spread this week that Elizabeth Hurley and fiancé Shane Warne split, but tweets from the twosome may prove otherwise.

Warne, a pro cricket player, was more forthcoming, writing, "Some of the reports re EH & me r absolute rubbish. Yes we're sorting through some (private) issues. But we're not throwing the towel in yet."

Hurley sparked the breakup rumors when she stepped out without her engagement ring on Tuesday.

The couple has been engaged since October 2011.