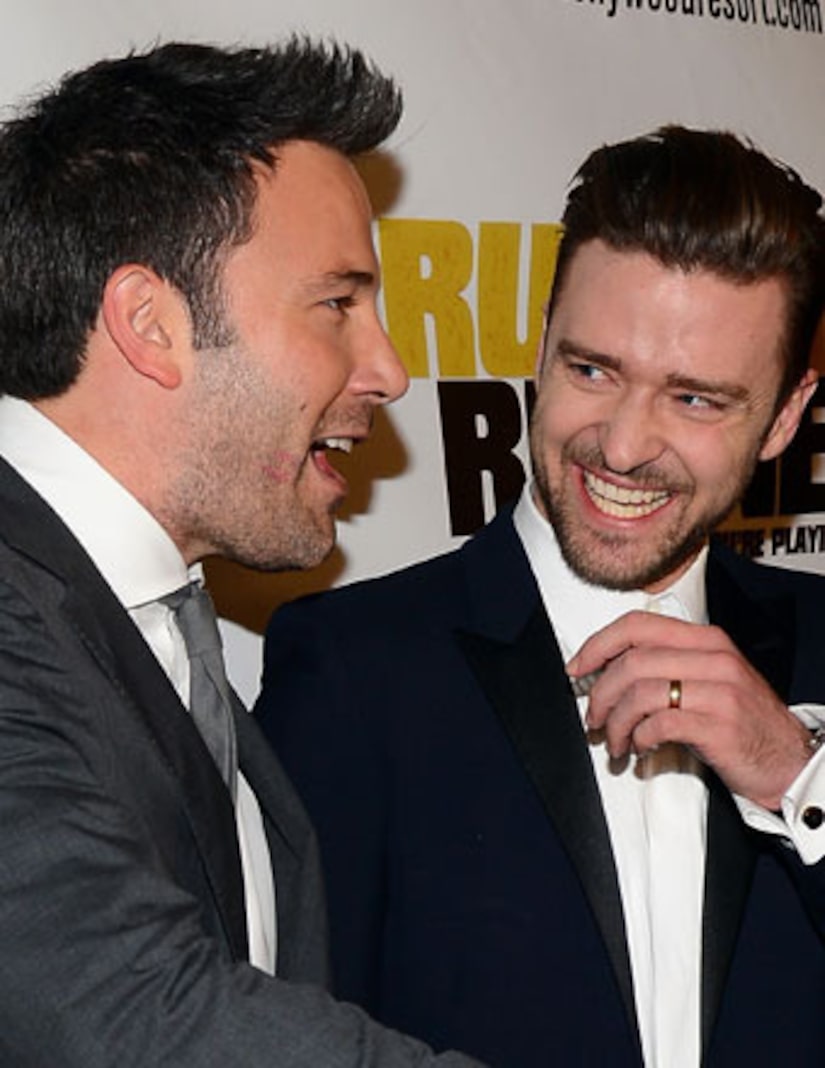 Last month there was major talk that Justin Timberlake had thrown his hat in the ring for the role of The Riddler in “Batman vs. Superman” starring Ben Affleck.

J.T. and Affleck hit the red carpet Wednesday at the “Runner Runner” premiere at Planet Hollywood in Las Vegas, where he cleared up the rumors.

“No, no, no,” he said of playing a villain in the “Man of Steel” sequel. “Fanboys rejoice. I have no aspirations of that.”

Regardless, this might not be the last time we see Affleck and Timberlake together on screen, thanks to a healthy bromance brewing between the co-stars.

Justin said the Oscar winner will make a “great Batman,” adding, “I was stoked to work with Ben, especially at this point in his career.”

Affleck was equally in awe of Justin’s abilities, explaining, “You don't want to sing around Justin or hum a song. You realize that's what the guy is a genius at and you know he's sitting there thinking you sound like s**t.”