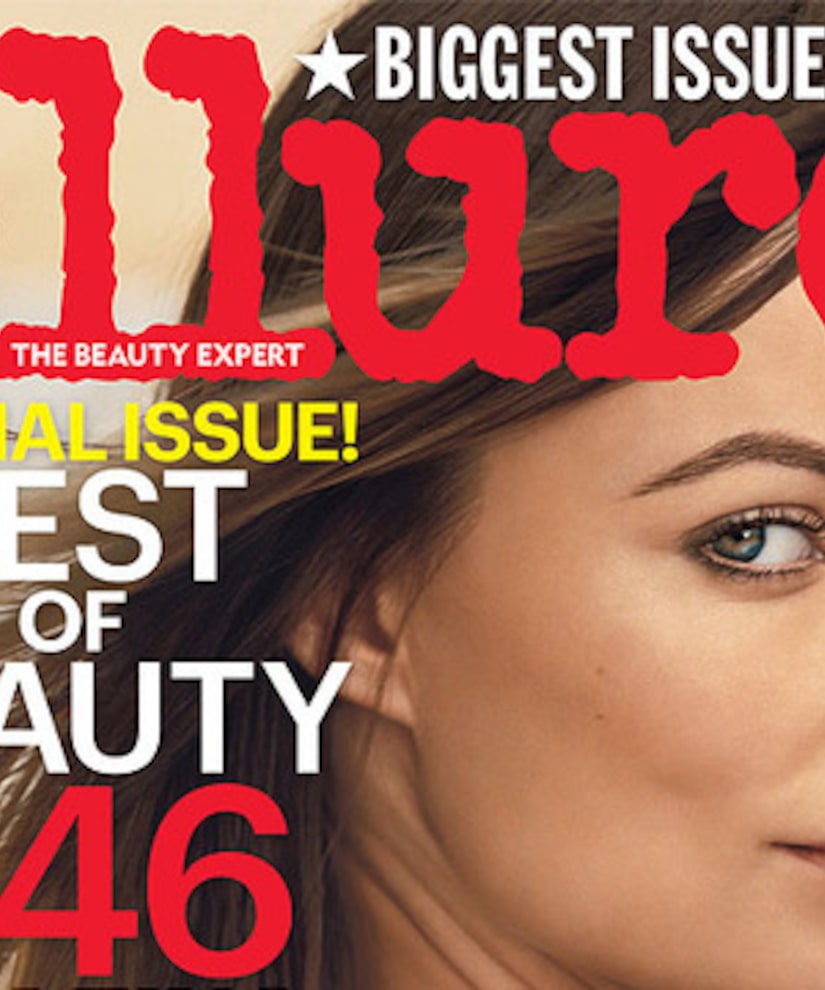 The sexy Olivia Wilde graces the October cover of Allure magazine, talking about fiancé Jason Sudeikis, nudity, and how strict diets sadden her.

Wilde explained to the mag, "Fear of carbs, of gluten, of everything -- we've distanced ourselves from the beauty of food, the art of it. It makes me sad when people say 'Oh, I don't eat gluten. I don't eat cheese. I don't eat this. So I eat cardboard.'”

Of her body, the actress said, "I've thought for a long time that my body type would have worked well in the '70s. The idea that you could be a broad-shouldered, small-breasted woman and still wear really great outfits… I don't think I would have done well in the '50s."

Olivia is also unafraid to show some skin. "I'm not an exhibitionist, but I'm not shy. Our fear of nudity in this country is bizarre." 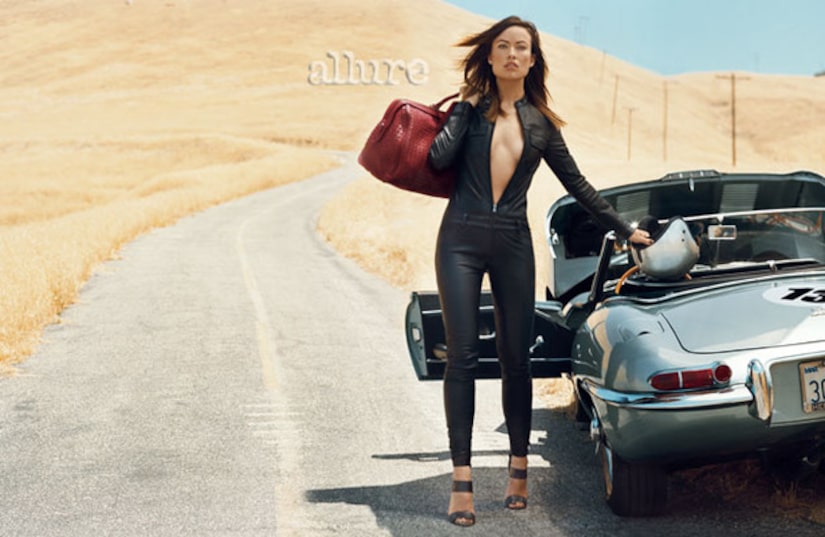 As for fiancé Jason Sudeikis, Wilde said it took a little time to set things up. "I met Jason, and I thought he was so charming. He's a great dancer and I'm a sucker for great dancers. But he didn't even get my number. Over the next six months we kept running into each other. [One night] my best guy friend walked up to him and said, 'This is Olivia's number. Use it.' That was the beginning."

Wilde will next be seen in the Ron Howard racing film “Rush,” co-starring Chris Hemsworth.

Read the full interview and see more pics of Olivia at Allure.com! You can also check out her style timeline and behind-the-scenes photo shoot video!