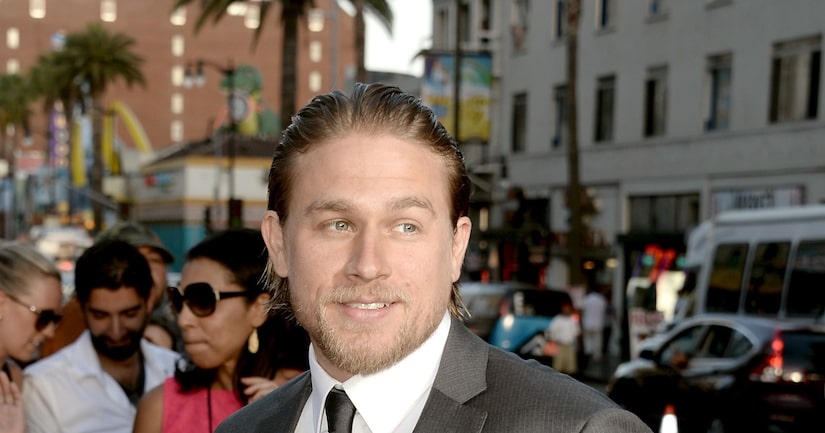 Actor Charlie Hunnam spoke for the first time since being cast as Christian Grey in the film adaptation "Fifty Shades of Grey," at the "Sons of Anarchy" premiere in Hollywood on Saturday.

Hunnam told The Hollywood Reporter of his instant chemistry with co-star Dakota Johnson. "As soon as we got in the room and started reading with Dakota, I knew that I definitely wanted to do it, because there was a tangible chemistry between us… it felt kind of exciting and fun and weird and compelling, and so that was it."

When asked about how his jewelry designer girlfriend Morgana McNelis would react to the steamy scenes with Johnson, Charlie said, "It's very hard to be with an actor… she's required to share parts of me that she wouldn't really want to share. With the nature of this role, that's going to be times 10."

Hunnam added that his girlfriend "loved the books. She read them and loved them and was really excited about the potential of the opportunity for me. If anything, I think it will make us closer."