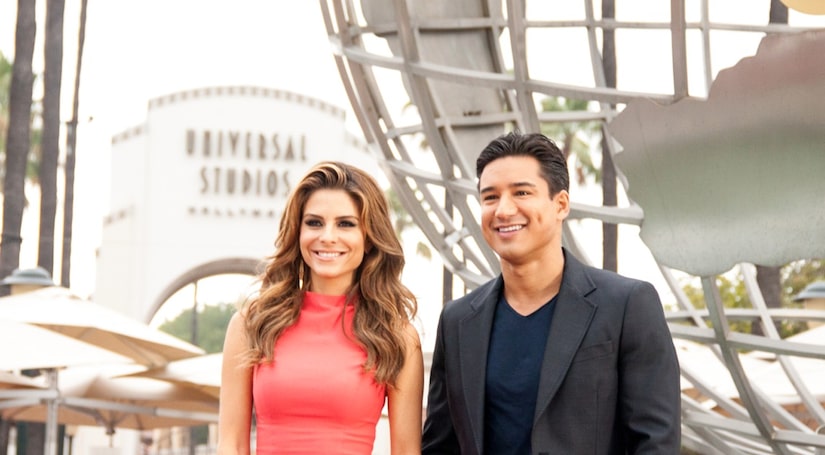 Most people hate the thought of moving, but I'm over-the-moon excited about "Extra's" big move September 9, because it's also the kickoff of our 20th season on the air -- and we're doing it big! "Extra's" new home, as you may have heard, is Universal Studios Hollywood.

When we first decided to take "Extra" out of a studio 3 years ago, it was a shake-up and a wake-up for entertainment news. So we began broadcasting from The Grove, a popular Los Angeles outdoor mall. For the first time in the genre, our audience became part of a live daily "event" and got a chance to interact with the biggest stars in film, television, music and news. It was untested and risky, but we knew pretty quickly it was a game-changing move for "Extra," which is produced by Warner Bros. Television Group. The night we hosted Jennifer Lopez to premiere her new music video, close to 5,000 people showed up! Moving to Universal marks the next evolution of our show.

Change can be tough, but I like to look at it as an opportunity to keep things fresh. We will continue to cover breaking entertainment stories, pop culture news, scandals, health and lifestyle, and now at Universal, we have many new elements to introduce. Mario Lopez and Maria Menounos will continue to interview A-List celebrities before a live audience, and we'll have more huge J.Lo-sized events. We'll also turn the gossip of the day into a virtual roller coaster ride in a new segment called "Ride the Headlines" and our new "Coolhunters" team will showcase the hottest new gadgets, electronics and trends, and viewers will be eligible to get an "Extra" discount by watching the show.

At Universal, we'll have the run of CityWalk, the theme park and the backlot, all of which are a destination for millions of tourists. This will present so many opportunities to showcase entertainment news in an original way. Mario is also going to house his nationally syndicated radio show at Universal.

This is going to be the perfect partnership, as both Universal and "Extra," are about giving the people a unique way to be a part of the Hollywood experience. My team and I are excited to work with Larry Kurzweil, President and Chief Operating Officer, Universal Studios Hollywood, Universal Parks & Resorts, and Ron Cohen, Vice President of Global Promotions, and their entire team at Universal Studios Hollywood. Get ready, "Extra" is turning 20 years young with a new home and new energy!