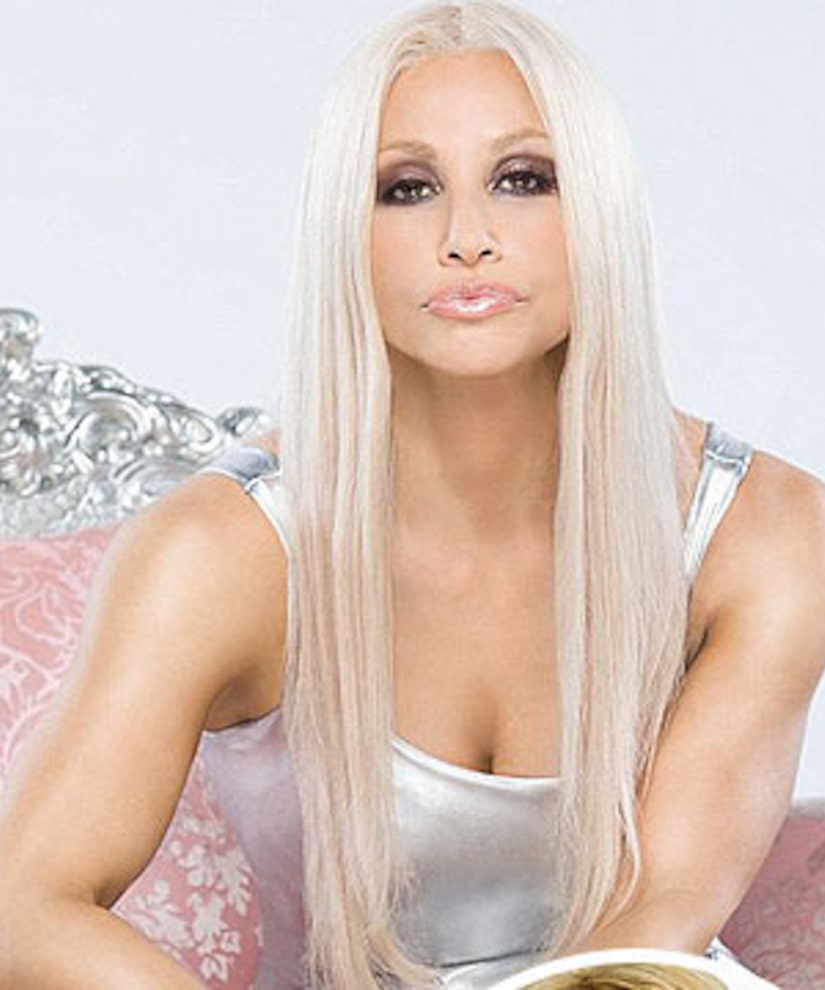 The film's makeup artist, Kathy Kelso, told the NY Post that she recreated Donatella's pout with the help of cotton stuffed under Gershon's upper lips. Gina's nose was also "reshaped" with plenty of makeup to highlight and contour her face.

Gershon added, "She goes through an evolution -- she physically changes, as we all know, and it was important to be as truthful about that as possible. It's movie magic -- a little tape and glue."

The screenplay is based on Deborah Hall's book, “House of Versace: The Untold Story of Genius, Murder and Survival,” and follows Donatella's struggle to take over the fashion house following Gianni's murder in 1997.