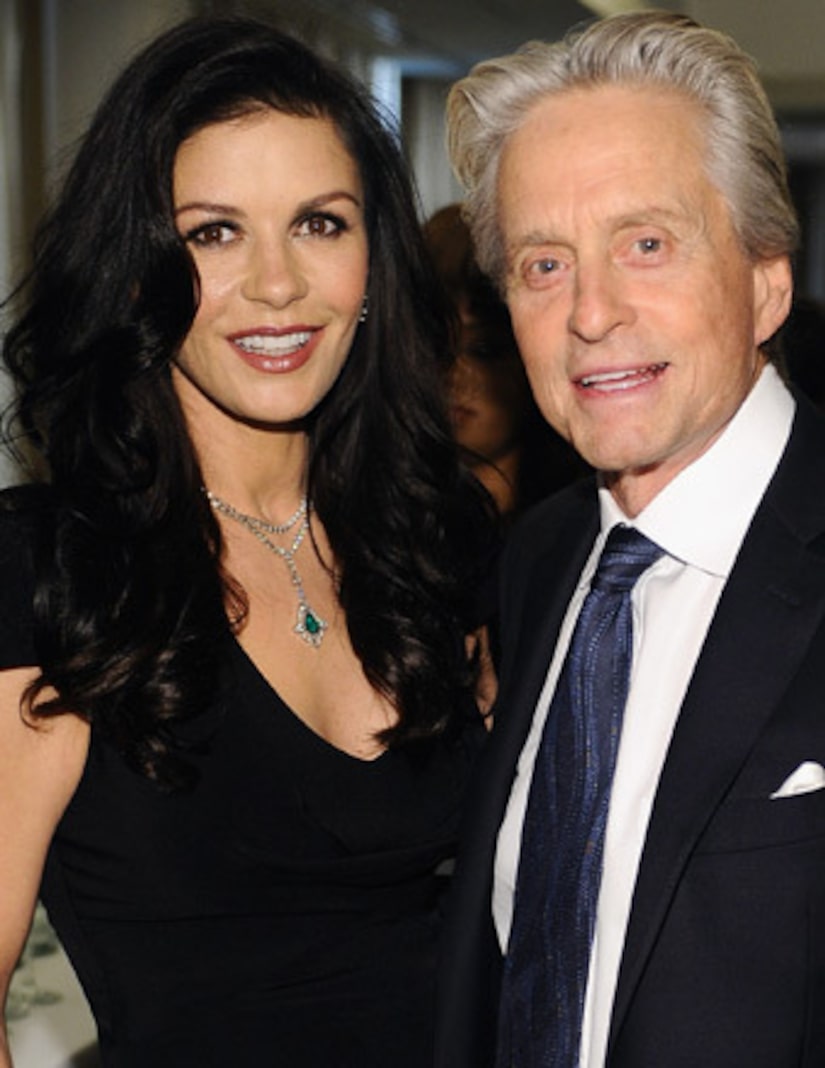 After nearly 13 years together, Michael Douglas and Catherine Zeta-Jones are “taking some time apart,” a source tells "Extra."

It hasn't been an easy road for the couple. Michael battled throat cancer (which he later blamed on oral sex) while Catherine struggled with bipolar II disorder.

A friend told People, “The stress has taken a toll on their marriage.”

The couple hasn't been photographed together since April 22. People reports that they made the decision to separate after the Cannes Film Festival in May.

So far, the couple has not filed for divorce or a legal separation.

The new issue of People hits newsstands on August 30.