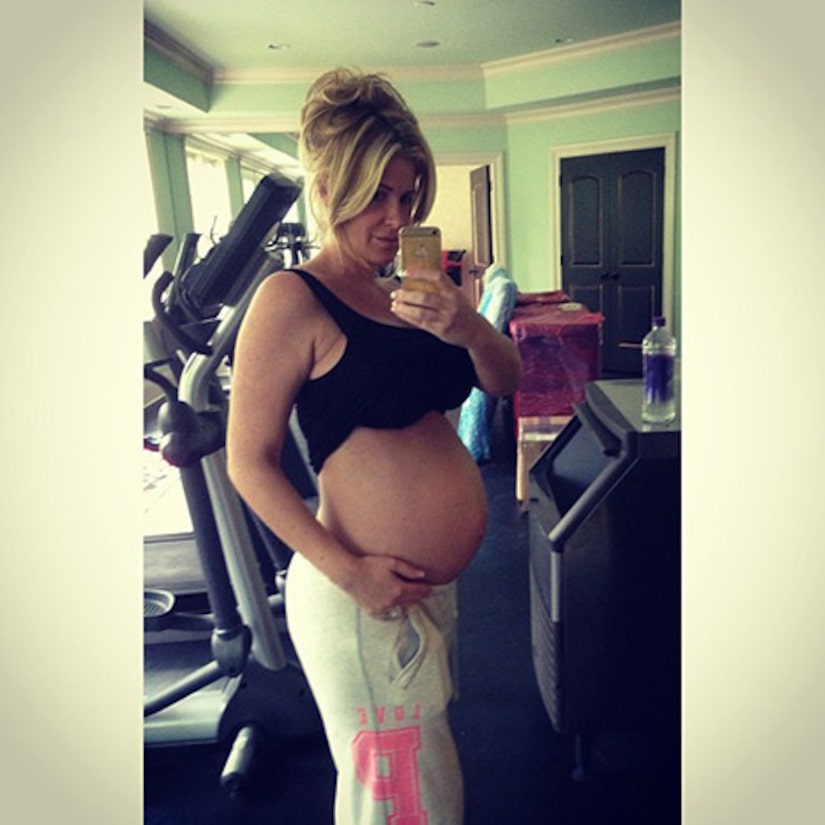 It's going to be two new team members for Kim Zolciak and footballer husband Kroy Biermann. The “Real Housewives of Atlanta” star and Atlanta Falcons player are expecting twins!

Kim, who shared the above snap of her baby bump on Instagram, told E! News, “I'm having twins and I couldn't be more excited. I was completely shocked. I had no idea. It was a natural conception, but twins do run in the family so I guess I shouldn't have been surprised.”

No word yet on Zolciak's due date or the gender of the babies.

This is the fifth and sixth child for the pregnant reality star, already mom to daughters Brielle, 16, and Ariana, 12, from a previous relationship, along with sons Kroy, Jr., 2, and Kash, almost 1, with Kroy.