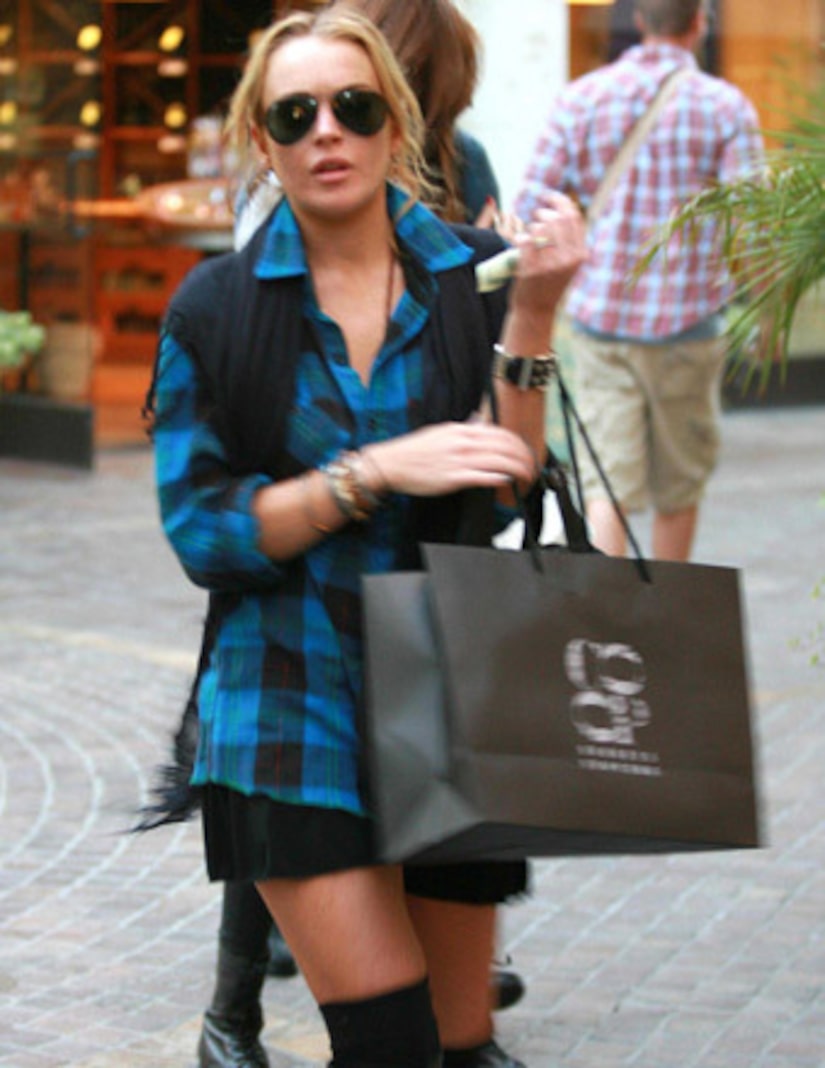 Troubled starlet Lindsay Lohan found a way to pass the time in rehab… online shopping! A fellow patient told Radaronline.com that LiLo would spend thousands per day on new clothes, likening it to an addiction.

“Lindsay would shop online ALL day,” the source said. “It was like an addiction. She would drop $5,000 a day, no problem. Mostly on clothes.”

The insider complained that LiLo's steady stream of packages arriving at the Cliffside facility became overwhelming.

“Eventually the clinic ran out of room to house all her purchases and told her she couldn't order any other items. It was crazy!”

How did the alleged shopaholic pay for all her new duds?

The source revealed, “Lindsay bragged about some super rich guy in New York City that let her use his credit card. We never asked who he was or why he would do that, but she didn't seem to have a hesitation about using his money for whatever she wanted.”