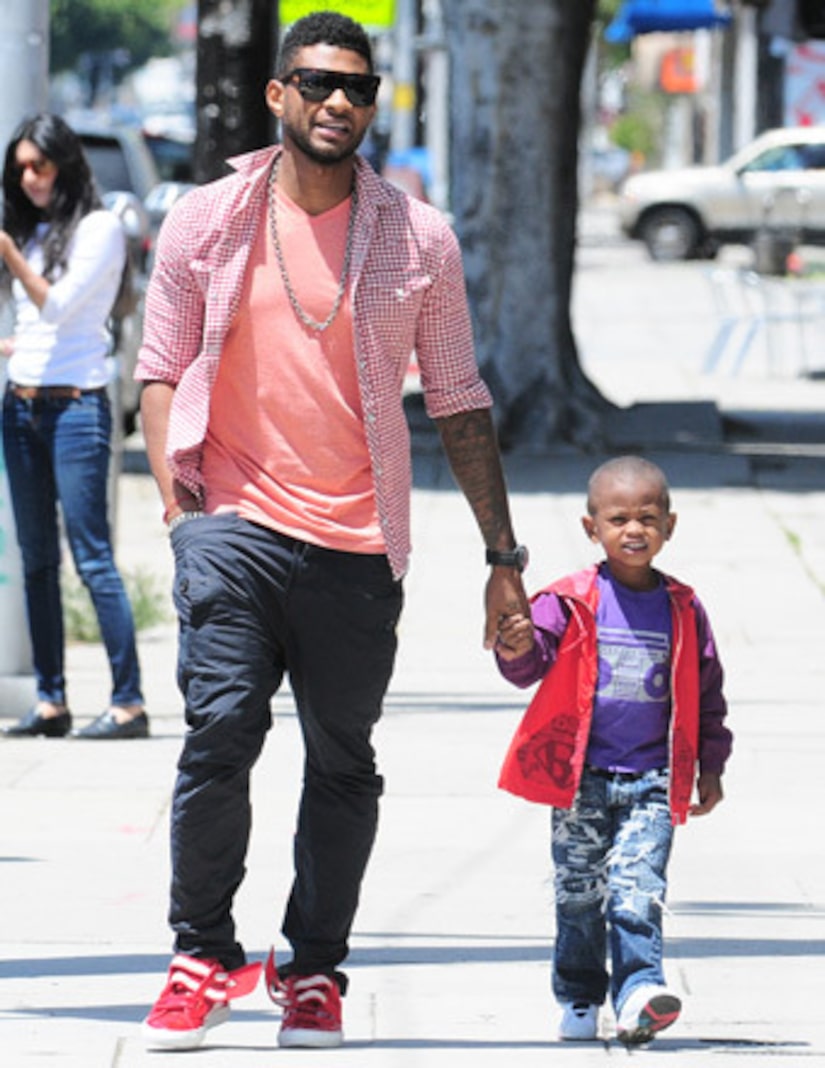 Singer Usher is “overwhelmed by the outpouring of prayers, love and support for my family's well-being,” he said in his first statement since news broke that his son Usher Raymond V, 5, nearly drowned in a pool accident.

He confirmed the little boy "is doing well and is recovering." “The Voice” coach also thanked everyone who helped save his son's life after the child's hand got caught in a pool drain.

"I would like to thank my Aunt Rena as well as the doctors and nurses who are working with us around the clock. I would especially like to thank the two men who saved my son's life, Eugene Stachurski and Ben Crews. They are true heroes and I am deeply grateful to them."

Usher's ex-wife, Tameka Foster, tweeted on Wednesday, “I'm so happy to say that my son is doing much better. Talking & asking for food. Thank you for ur well wishes & prayers.”

Thursday morning she wrote, “Im very happy this morning, my son is resting well... we had a SpongeBob marathon ALLL night, he wouldn't go to sleep! Thank u 4 the prayers”

In the papers, obtained by TMZ, Tameka claims the boy was left unsupervised in the swimming pool. She slammed the singer for delegating supervisory responsibilities to his aunt.

The emergency custody hearing has been scheduled for Friday.