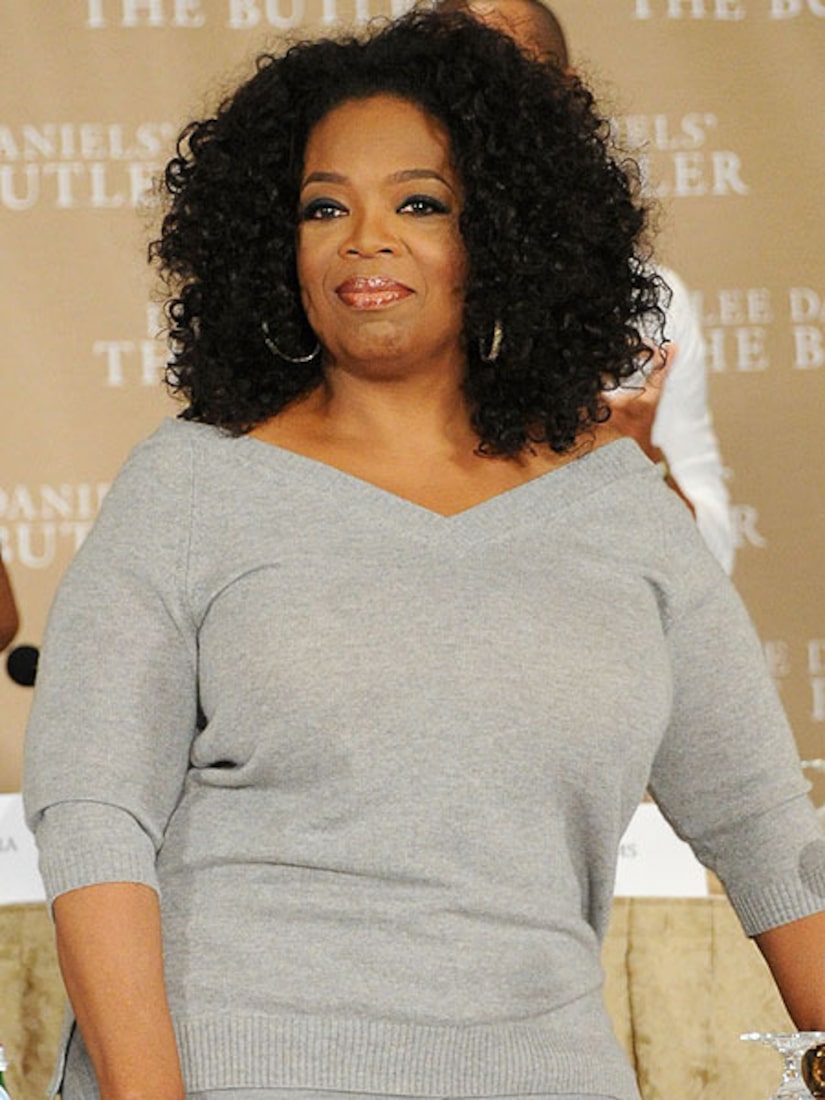 “Extra’s” AJ Calloway sat down with Oprah Winfrey on Monday as she promoted her return to the big screen in the Lee Daniels film “The Butler,” playing the wife of a White House butler who served eight presidents from the 1950s to the ‘80s.

Oprah vented up front that she has done over 50 interviews and warned Calloway not to ask her about Paula Deen. Oprah laughed, “Oh my god! I don't have anything to do with Paula Deen. She is not the first white lady to use the ‘n’ word! Good lord!”

On “The Butler,” Winfrey admitted she had multiple conversations with director Lee Daniels before taking the role because he had asked her to do other parts in the past. She explained, “He wanted me to be an assassin, then he wanted me to play a person who kidnaps children and holds them hostage. I called him up and said ‘Do not send me anything like this again, cause I’m gonna burn it!’”

Winfrey said she did “The Butler” because it was about families that love each other, “where we are middle class people, working, just wanting for their children to grow and be somebody in the world.”

Oprah talked about being rejected for some roles. “I'm going to tell you something I haven't told anyone else. Before the movie ‘Doubt’ came out, I called the director of the film and I said, ‘I would like an opportunity to come and audition,’ and the director said he would not even see me because ‘it would be hard for the audience to accept that you are the character and not Oprah.’”

The queen of talk was also happy to score the first post-rehab interview with Lindsay Lohan on “Oprah’s Next Chapter,” airing Sunday, August 18.

Winfrey said she understood how Lohan went wrong as a child star. “If I had been given seven million dollars, which is what she was getting paid per film [as a child star], I’d not be sitting here today. I would have completely come unglued and destroyed myself.”

“The Butler” will be in theaters August 16.