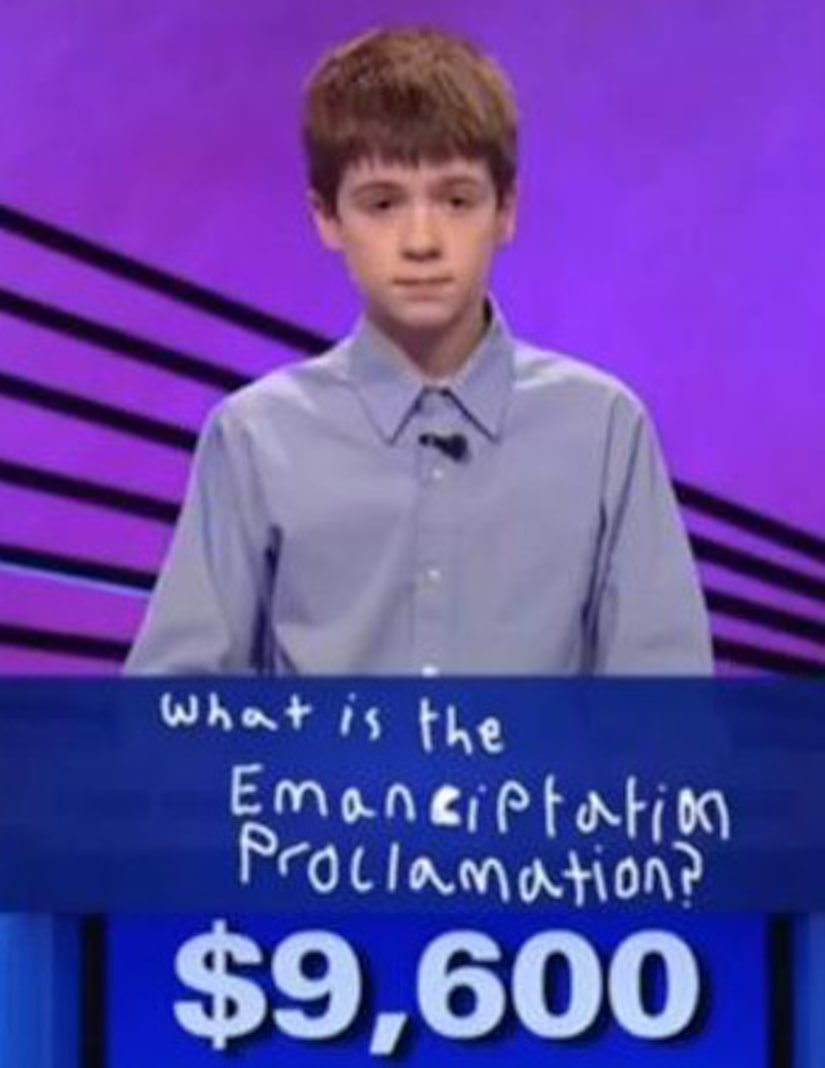 A spelling error on “Jeopardy” is causing quite a kerfuffle. Thomas Hurley, 12, claims he was unfairly booted off the show's Kids Week edition after he correctly answered Final Jeopardy, but misspelled it.

Responding to a question about the document Abraham Lincoln used to abolish slavery, the eighth-grader from Newtown, Conn. jotted down “Emanciptation Proclamation" -- adding an extra T to "emancipation."

The mistake was costly. His winnings dropped from $9,600 to $6,600, and the winner took home what could have been his pot… over $60,000. Usually, spelling doesn't count in Final Jeopardy, but judges apparently felt the mistake was more than a spelling error.

“I was pretty upset that I was cheated out of the final 'Jeopardy!' question,” Hurley told The News-Times of Danbury. “It was just a spelling error.”

While Hurley has garnered an army of online supporters, the show is backing host Alex Trebek's decision.

Producers told the New York Daily News in an email, “If 'Jeopardy!' were to give credit for an incorrect response (however minor), the show would effectively penalize the other players.”