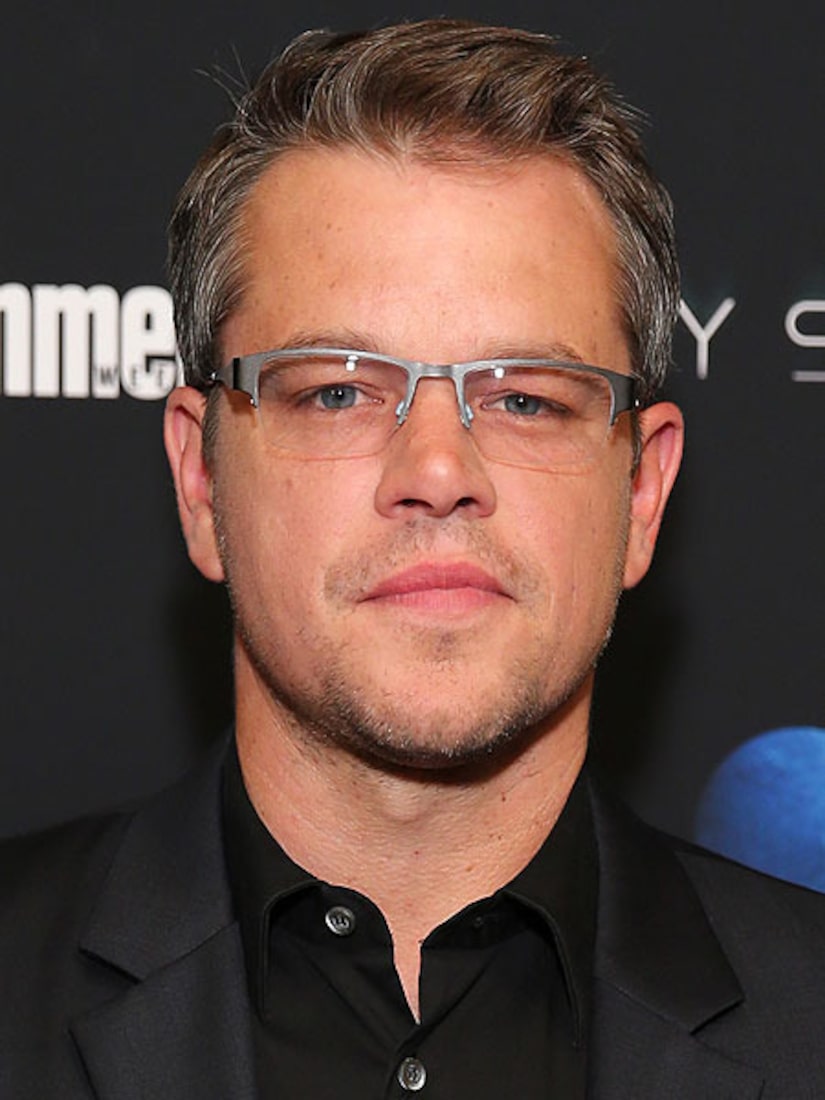 “Extra’s” Mario Lopez sat down with Matt Damon to talk about his new sci-fi thriller, “Elysium,” and the actor told Mario his secret to staying out of the public eye.

Damon admitted he’s been really lucky that the paparazzi don’t bug him. He explained, “I think marrying somebody that is not in the business really helped, and luckily I fell in love with somebody who is not in the business. Our narrative is so boring -- married couple, four kids -- what are they going to get, me on the couch?”

In "Elysium," Damon plays Max, a poor laborer who lives in the ruins of Los Angeles while dreaming to one day live on Elysium, a space station home to the wealthy and elite.

The actor appears in the film with a shaved head, tattoos, and ripped body and said wife Luciana Barroso “liked it.” He laughed, “The kids loved the shaved head, they thought that was cool. Lucy liked me being in shape. I was like, ‘You know I’m not keeping this after the movie, right?’”

As for how he transformed his body for the role, “Four hours a day in the gym… it was real strength training.”

“Elysium” takes off in theaters August 9.