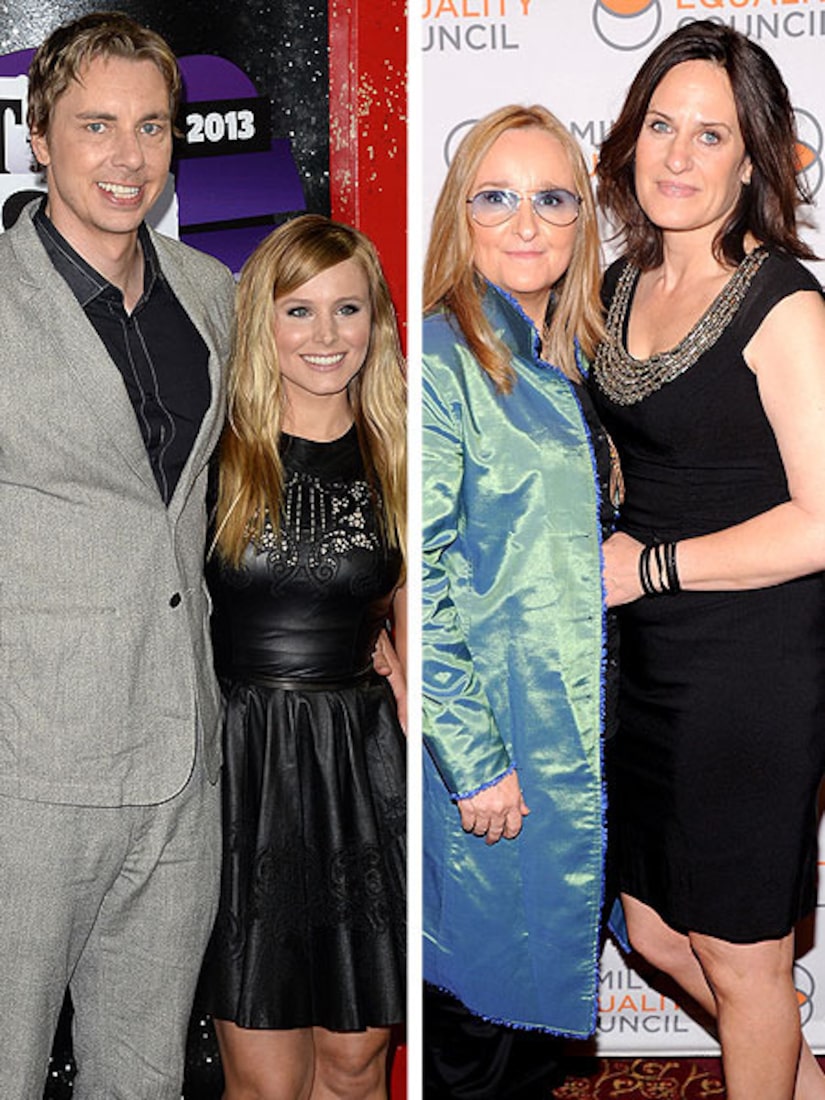 Hollywood A-listers are jumping on the marriage bandwagon following the historic Supreme Court decision to overturn the Defense of Marriage Act (DOMA) and kill Prop 8.

On hearing the rulings, “Veronica Mars” actress Kristen Bell proposed to her boyfriend of four years, Dax Shepard, on Twitter. She wrote, "You're damn right DOMA is unconstitutional!! #equalitymatter "#defenseofmarriagecansuckit… @daxshepard1 will you marry me? Xo #marriageequality #loveislove."

Shepard responded in tweet, "DOMA is dead. Prop 8 is dead. Now let's bring my big, gay marriage to @IMKristenBell to Life!!!!" The two are new parents to 3-month-old daughter, Lincoln.

Bell once told Larry King that she and Shepard, 38, were holding out to wed until marriage was legalized for all. "The reason we're not rushing to get married is because I don't feel appropriate taking advantage of a right that's denied to my friends.”

Melissa Etheridge is also taking the good news to heart and announced she, too, is getting married. The singer tweeted, “Let's hear it for the general progress of the human mind. With a beautiful sweep of sweet justice's blind hand we move forward. We correct the laws made hastily out of fear. I look forward to exercising my American civil liberties... and getting fully, completely and legally married this year to my true love of over three years, Linda Wallem.”