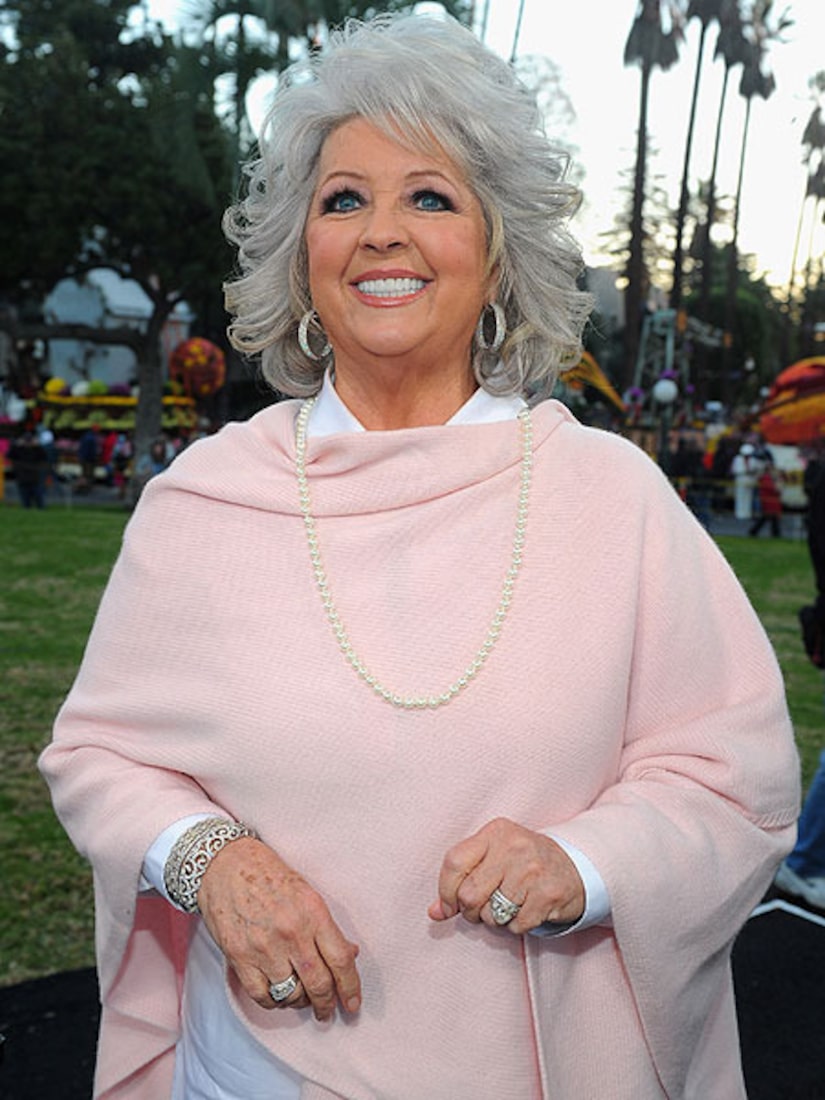 Celebrity chef Paula Deen and her family are continuing with damage control after Deen admitted to using racial slurs in a deposition filed last week.

Paula's sons Jamie and Bobby Deen, also Food Network personalities, appeared on CNN to speak out against allegations of racism aimed at their mom.

Bobby told CNN's Chris Cuomo on Tuesday, “Our mother was under oath, asked in a deposition to pore over her entire life, and to admit whether she had ever heard or used this word,” Bobby continued. “And it broke her heart to have to answer truthfully and say yes that she had.” But, according to Bobby, “That is not her heart. It is certainly not the home that we were raised in.”

Paula rescheduled her appearance with Matt Lauer on the “Today” show for Wednesday, after cancelling at the last minute on Monday and releasing two apology videos.

Forbes magazine staff writer Caleb Melby told E! News that Deen's interview will give her the opportunity to do what her fans love the most, which is to be candid, motherly and funny. Melby said, "That's what has created her loyal fan base up into this point."

Forbes has Deen listed as the No. 4 top-earner in her field, since banking $17 million in 2012, but following the scandal, The Food Network is not renewing Deen's contract and Smithfield Foods is also dropping her as a spokesperson. QVC is "reviewing its business relationship" with her.