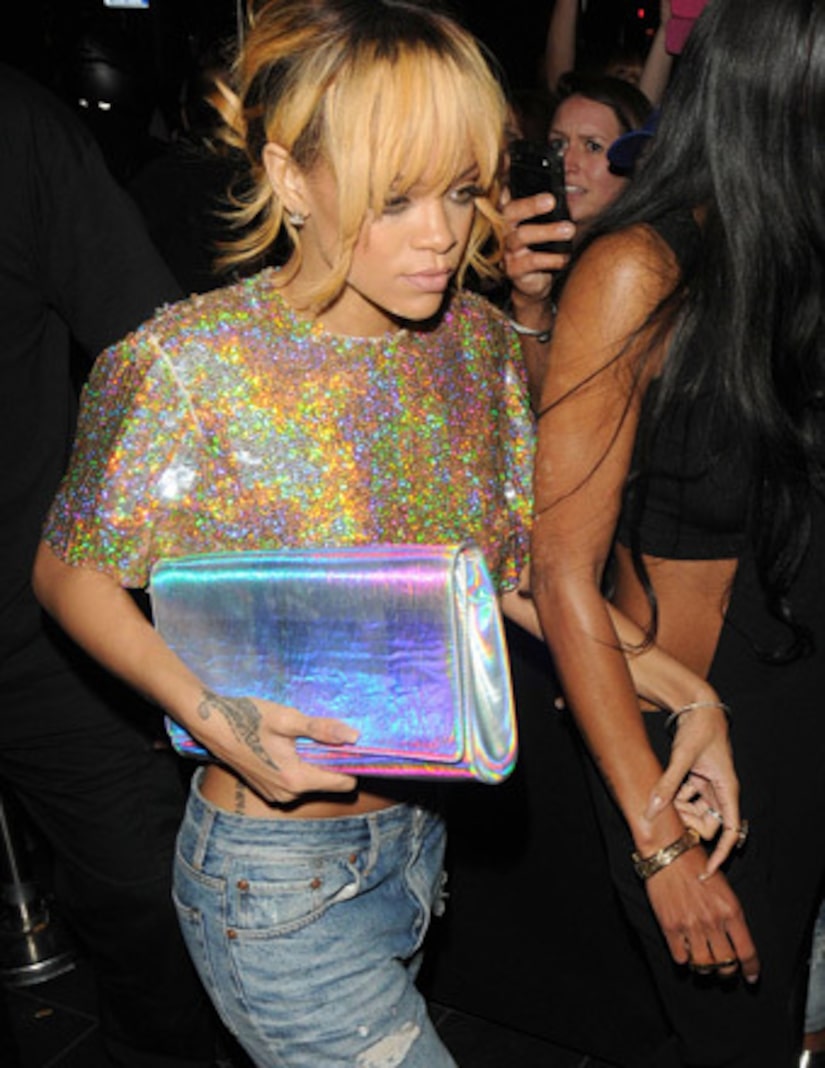 Don't annoy Rihanna or she just might hit you with a microphone! New footage from a UK concert shows the songstress walking through a crowd as she sings “We Found Love.” Watch the video!

As she reaches out to fans to touch their hands, it appears someone off camera doesn't want to her let her go. As she tries to walk away, RiRi thumps the person with the mic as fans can be heard screaming “Oh my God!”

According to MTV UK, Rihanna tweeted and deleted, “Purpose! That b*tch won't let me go” in response to someone calling it an accident.