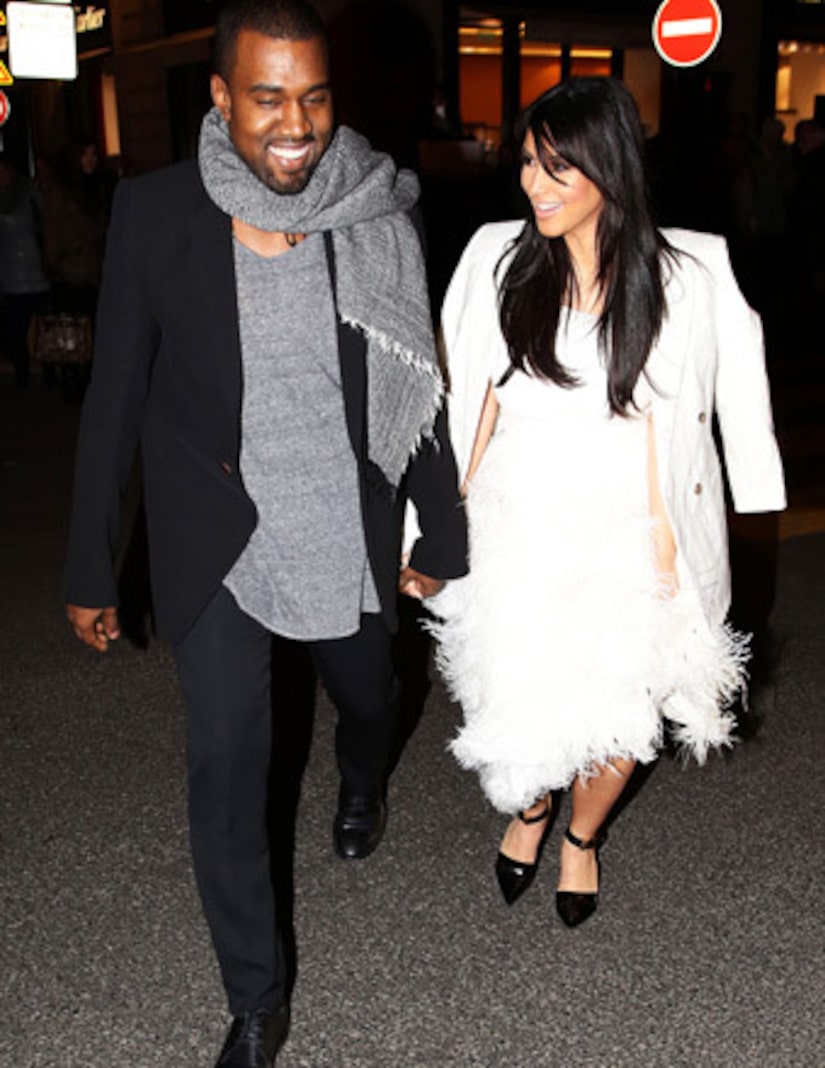 Reality star Kim Kardashian and boyfriend Kanye West have remained surprisingly mum on Twitter and Instagram since the birth of their baby girl. Kim, however, couldn’t help but post what appeared to be a Father's Day message for her man (and maybe sister Kourtney's boyfriend Scott Disick, too) on her website, writing with a wink, “to all the baby daddy’s (sic) out there, you are loved! ;) Xo."

Hours after the baby’s arrival, Kris hit the Daytime Emmys red carpet, telling “Extra,” it was a “great day” and that she was "very excited" to be a grandmother for the third time.

Sister Khloe was overjoyed for Kim and Kanye, posting on Twitter, “I can not even begin 2describe the miracle that is now apart (sic) of our family. Mommy/baby are healthy &resting. We appreciate all of the love… More info will come when the time is right! Thank you all for understanding! We love you all dearly! Overwhelmed with love right now ♥”

According to X17, the baby was four or five weeks sooner than expected and was placed in an incubator because of her early arrival.

So far, the couple has not released the name of their first child. A source told People that Kim wants the littlest Kardashian’s first name to start with a K and is considering Donda as a middle name after Kanye’s late mother, who passed away in 2007 following liposuction and breast reduction surgery.