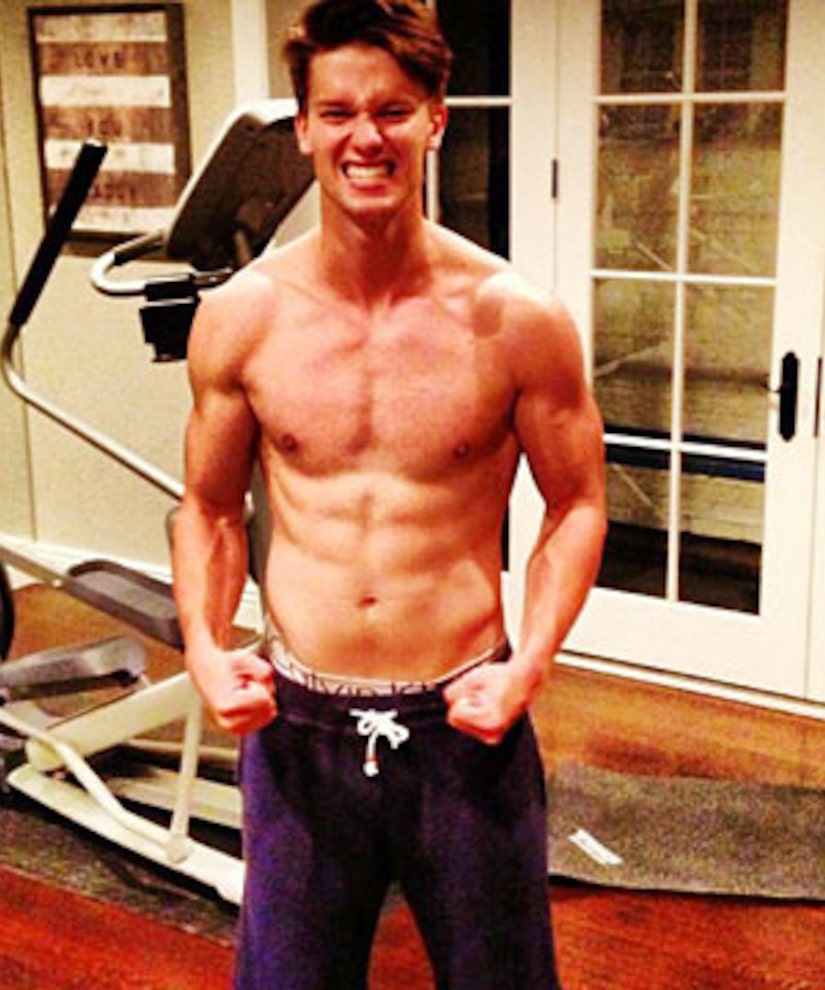 Following in his father's bodybuilding footsteps, the 19-year-old showed off his buff body at the gym by posting a shirtless picture of himself on Twitter.

The college sophomore wrote, "Early morning pump! Who is getting into shape for summer? Gonna gain 7 pounds this summer."

Patrick is also pursuing his acting career during his summer break from college. He will be seen in the upcoming Adam Sandler sequel “Grown Ups 2” and is planning to shoot his second feature film, “Dear Eleanor,” in Denver. Directed by Kevin Connolly, the movie also stars Jessica Alba, Luke Wilson and Isabelle Fuhrman.