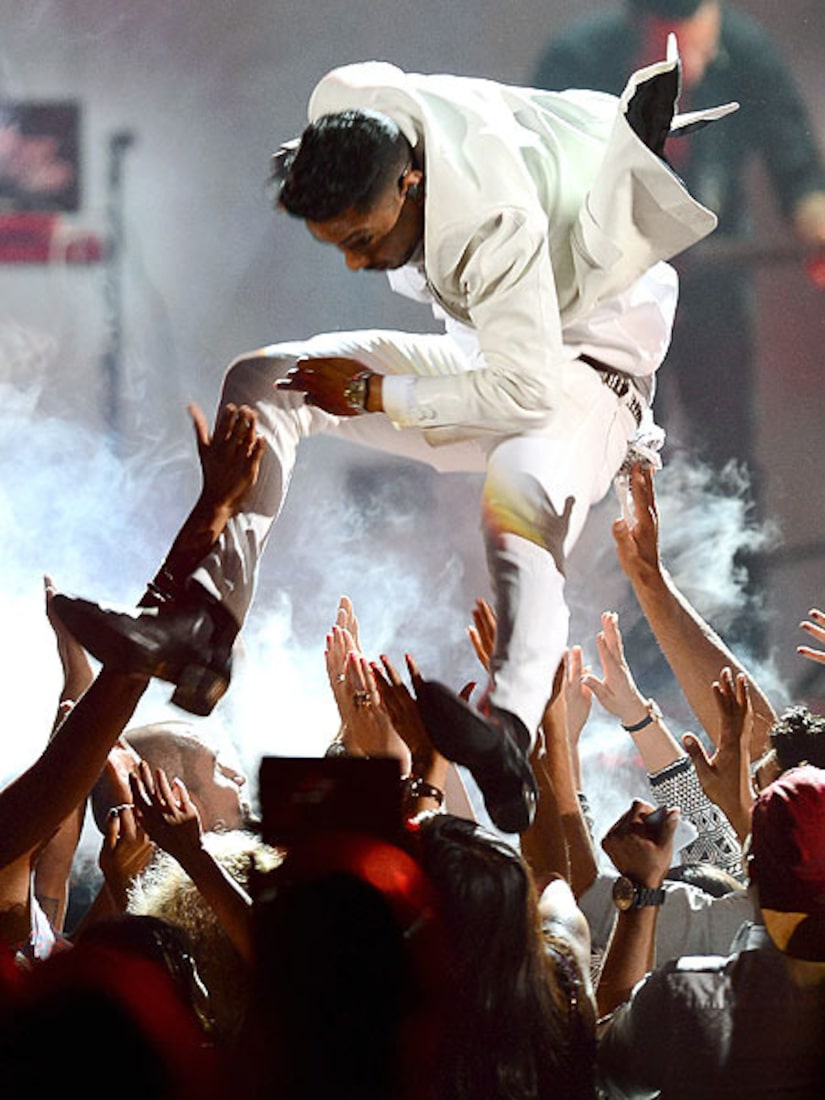 Hip-hop star Miguel had a a major mishap during his performance at the 2013 Billboard Music Awards last month when a jump went awry and he landed on two fans.

Reports surfaced that the show's producers told Miguel not to jump after they saw him practicing the leap in rehearsals, but the singer's rep denied this, telling “Extra,” “The reports claiming that Miguel was warned by producers not to jump are completely false.”

At the time, there were no injuries reported, but now Khyati Shah, one of the two women Miguel landed on, is claiming she's experiencing symptoms related to neurological damage, and is considering a lawsuit, reports TMZ.

The rep responded, “A number of attempts were made to reach Khyati and her lawyer after the performance to see how she was doing and whether any assistance could be offered. Khyati's well-being has been and continues to be of the utmost concern to Miguel.”