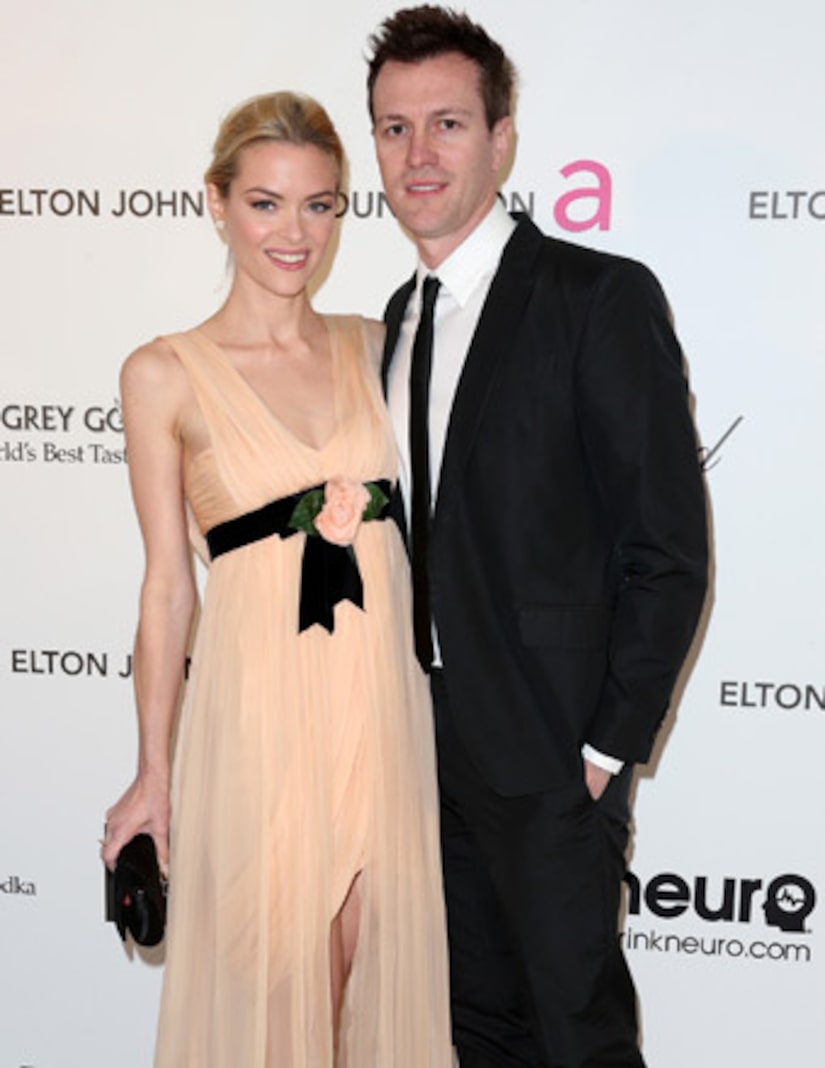 “Hart of Dixie” star Jaime King is pregnant with her first child. The actress posted an Instagram photo of herself, husband Kyle Newman and their two dogs with the caption, “Getting ready for another baby to be squeezed into this picture.”

King's rep confirmed the happy news to Us Weekly.

Jaime once told Us Weekly about the couple's first date, an outing to Pinkberry and Greystone Mansion and Park in Beverly Hills.

"I'll never forget it. Kyle and I went to Greystone Park and he got me Pinkberry. He had been talking about this yogurt and I was like, why does this guy love yogurt so much?"

Greystone has become a special place for the couple who got engaged and married there. The palatial estate, once owned by Edward Laurence Doheny, Jr., was built in the late 1920s.