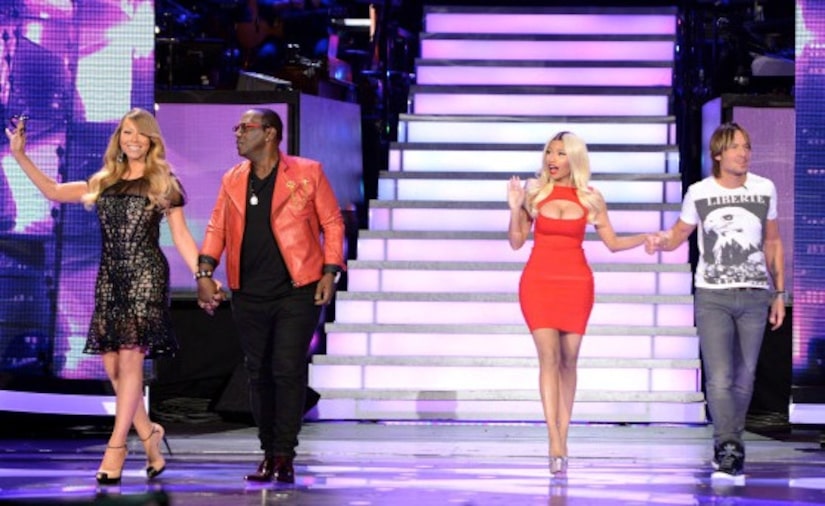 Minaj is also being criticized for her pointed exchange with judge Mariah Carey after finalist Kree Harrison's performance of The Black Crowes' She Talks to Angels, which Mariah thought was off-point.

Nicki snarked, “I disagree that was the best performance of the night,” Mariah defended, “I wasn't saying she was awkward… you don't really disagree with me.” Minaj sniffed, "Okay, simmer down, sir,” which was met with gasps and laughs from the studio audience.

Watch "American Idol" every Wednesday and Thursday on FOX.