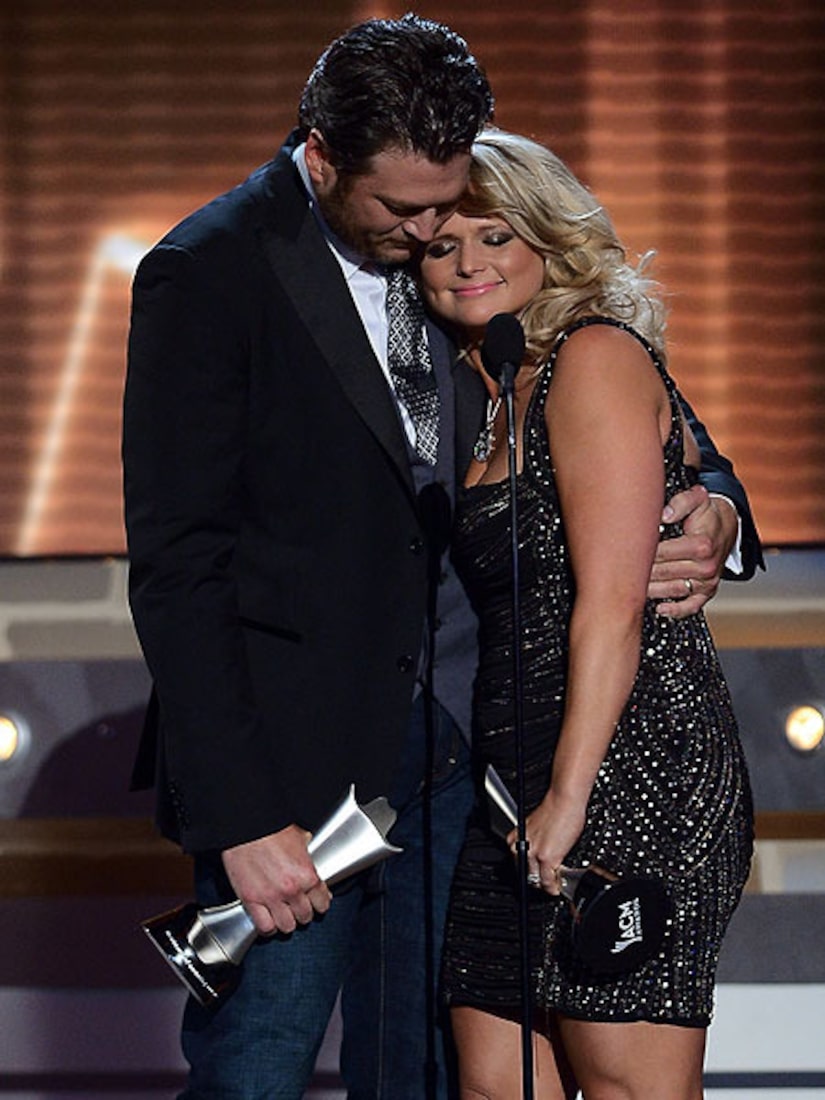 Country music's biggest names were celebrated in Las Vegas on Sunday at the 2013 Academy of Country Music Awards, hosted by Entertainer of the Year nominees Blake Shelton and Luke Bryan.

Shelton shared the Song of the Year prize for "Over You" with his wife Lambert, who also won for Single Record of the Year for the single, as well as Female Vocalist of the Year.