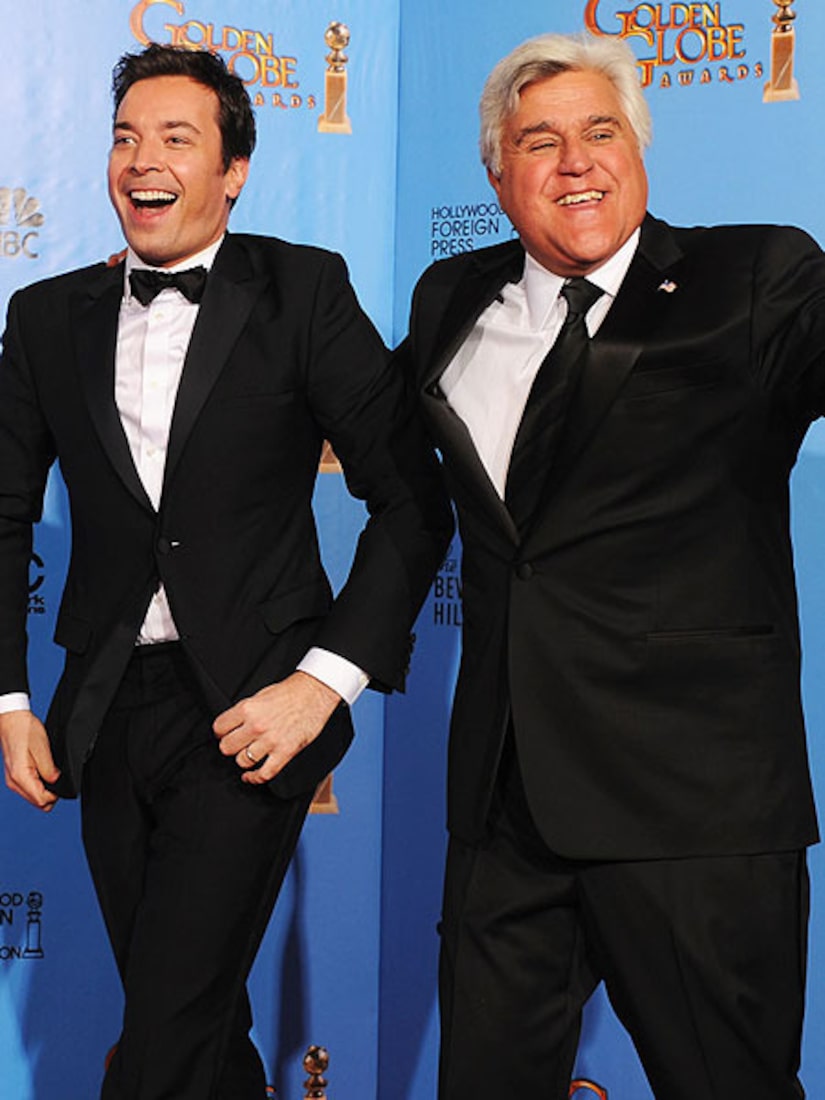 It turns out all those late-night rumors were true, Jimmy Fallon will replace Jay Leno on the “Tonight Show.”

NBC announced the news on Wednesday, and the two comedians, who mocked the buzz on Monday with a duet, released statements about the change.

“Congratulations Jimmy,” Leno said in a statement. “I hope you're as lucky as me and hold on to the job until you're the old guy. If you need me, I'll be at the garage.” Fallon added, “I'm really excited to host a show that starts today instead of tomorrow.”

Leno, an NBC host for 22 years, is set to exit the show when his contract ends in spring 2014. At that time, the production will move from Burbank to 30 Rock in New York City.