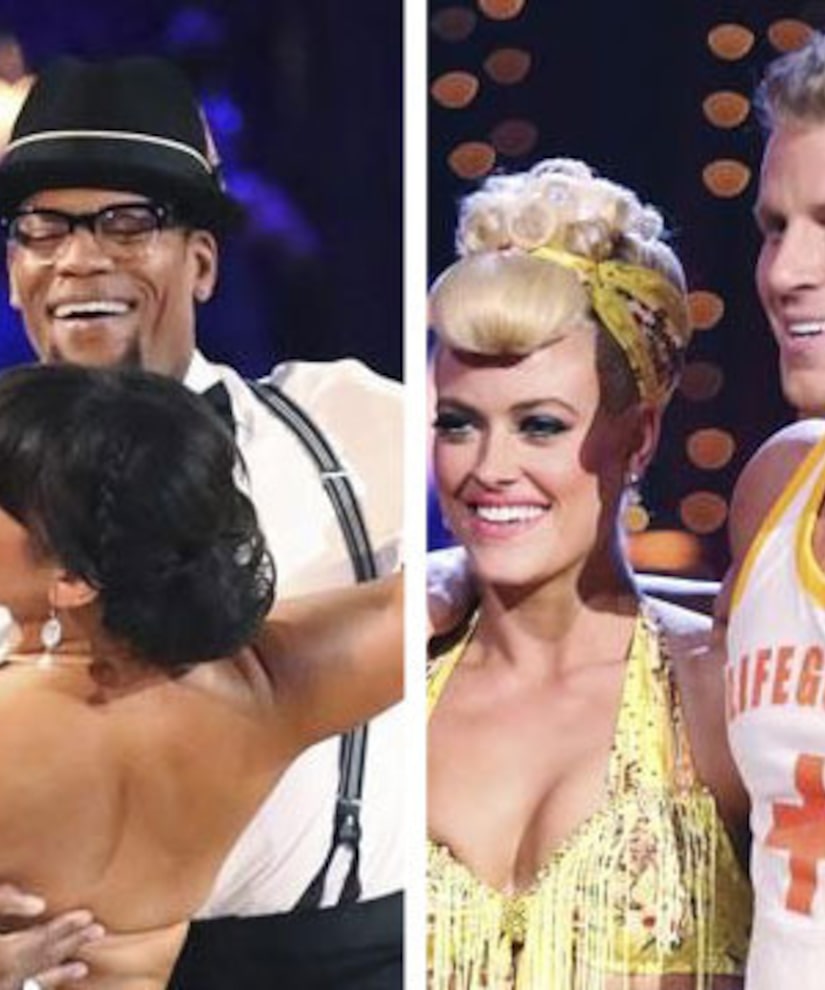 “Extra’s” Terri Seymour was backstage with all the “Dancing with the Stars” contestants, talking about their performances in week two of Season 16.

After a tense rehearsal session between D.L. Hughley and partner Cheryl Burke, Hughley joked on Monday’s show, “We were doing our Whitney and Bobby imitation.”

Backstage, Burke explained to Seymour, “Sometimes you’ve got to walk out and give each other some space.”

Dorothy Hamill was sidelined with a severely weakened ankle that could force her to quit the show, but she told Terri she thought she could go on.

As for “Bachelor” star Sean Lowe, he laughed about all the attention he's getting from judge Bruno Tonioli, especially after Sean’s lifeguard jive with partner Peta Murgatroyd.

Lowe smiled, “If Bruno's drowning, I may call for assistance. I don't know if I'm the man to be saving him.”

Tune in to “DWTS” on Tuesday to find out who will be first to go home!