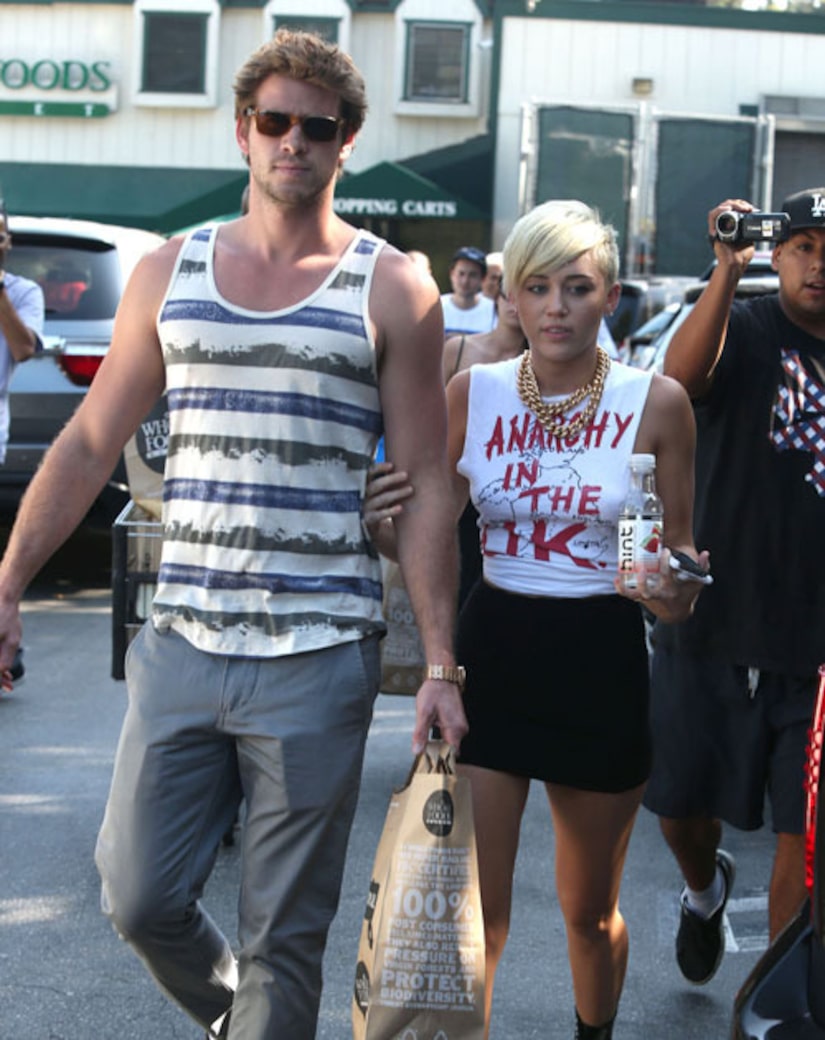 After a rocky few weeks apart, Miley Cyrus and Liam Hemsworth have reunited in L.A., and it seems the former “Hannah Montana” star couldn't be happier.

On Wednesday, the same day Liam was due back in town from Australia, Cyrus tweeted “such a dope day.” On Friday she sounded upbeat and giddy during a KIIS radio interview with Ryan Seacrest while talking about her twerking video (see below) and new music.

An insider also told Us Weekly, "Things are going well. They are happy."

Rumors that the pair had called it quits started a few months back after Miley's makeover, and then heated up after the stars were spotted partying separately on Oscar night.

Cyrus denied the breakup talk earlier this month on Twitter, writing, “I am so sick of LA. And sick of the lies that come with it. I didn't call off my wedding. Taking a break from social media. #draining.”