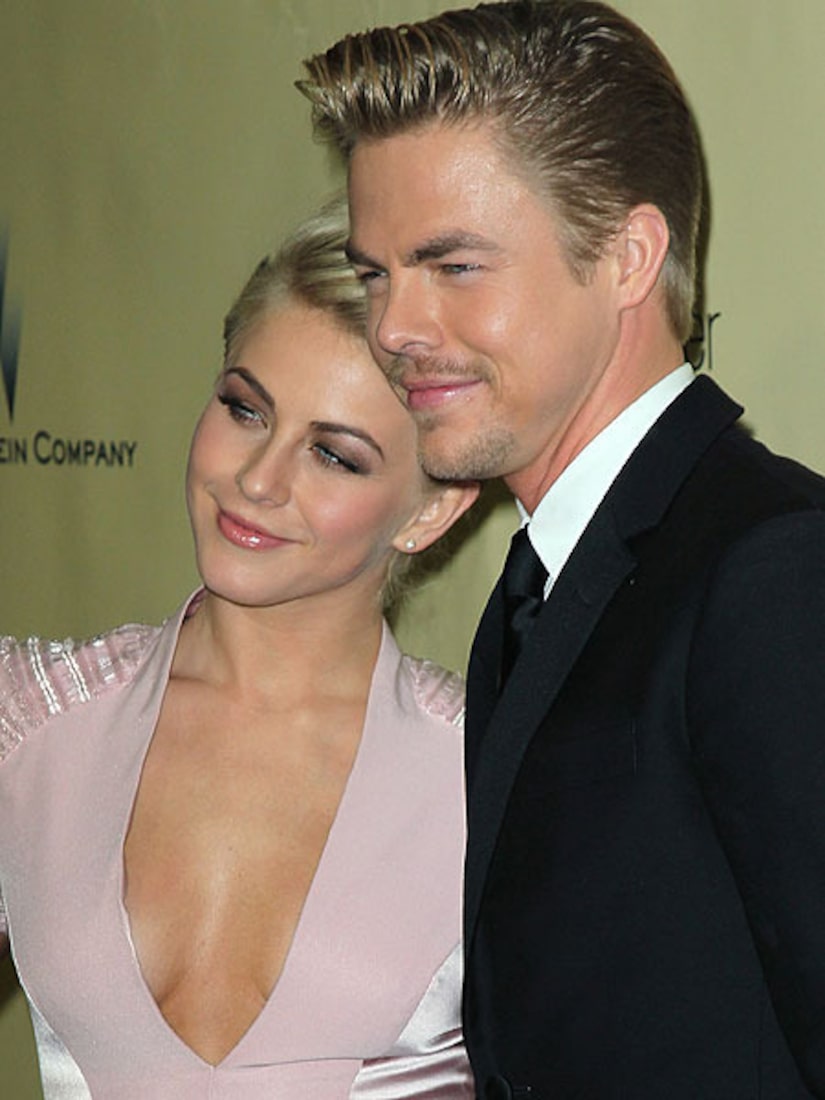 “Dancing with the Stars” pro dancer Derek Hough opened up to “Extra’s” Terri Seymour about how sister Julianne Hough is doing after her recent split from Ryan Seacrest, and Derek is breaking the news that she wants to get back to dancing.

Derek said of the breakup, “She is doing great. I was with her the other night she is doing fantastic… she wants to get back into dancing.”

Terri asked if we’ll see Julianne on “DWTS,” to which Derek replied, “Not sure about the show, but she wants to dance. She’s like, ‘I need to dance. I am a dancer, I love it.’” Derek said his sister is going back into the dance studio.

Derek and his “DWTS” partner, Kellie Pickler, earned 21 out of a possible 30 points on last night’s premiere.