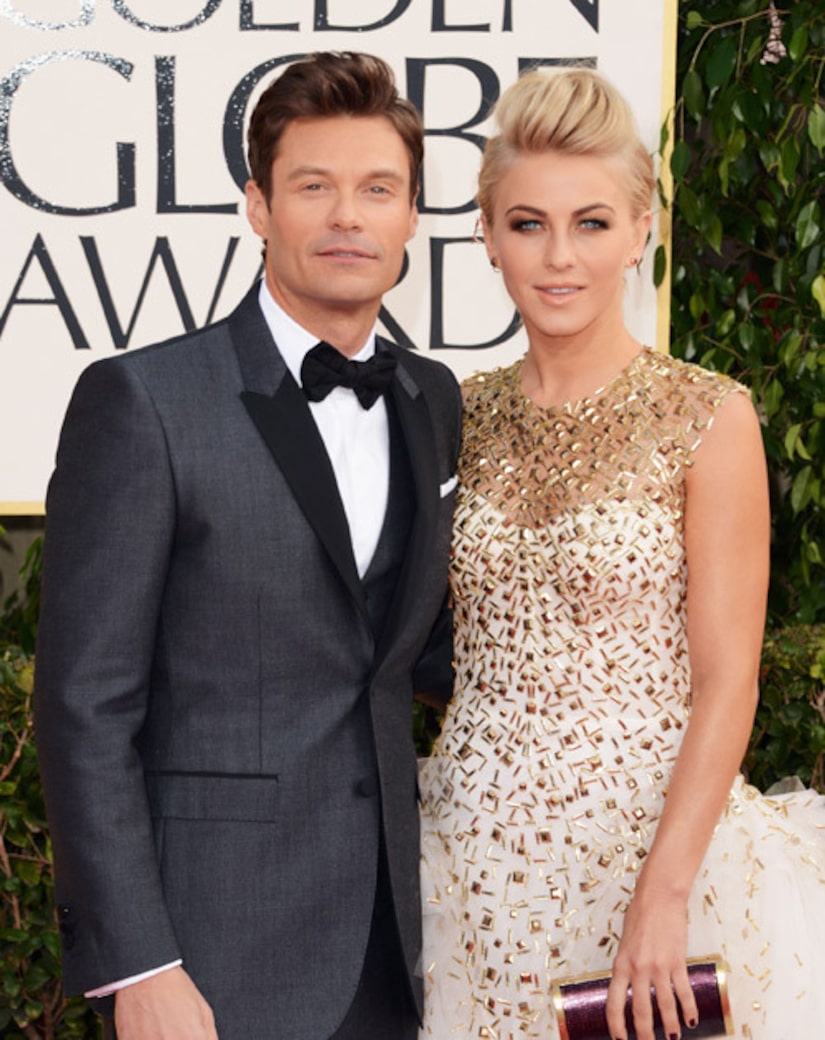 “American Idol” host Ryan Seacrest, 38, and girlfriend Julianne Hough, 24, have split after more than two years, according to People. A source close to the couple told the mag that busy work schedules proved too much for the relationship.

Ryan and Julianne are now living apart and taking a break, but remain friends, the insider said. The stars' reps have yet to comment on the breakup.

Hough talked about balancing her career and personal life in a recent issue of Self magazine, saying, "Ryan plays my supporter. From day one, I've said that I'm here to accomplish my goals whether somebody is in my life or not. I'd never want anybody to be in control of what I do. He knows that's big with me."

Earlier this week, Hough was the victim of a car break-in in Hollywood, in which a reported $100,000 in jewels, said to be gifts from Seacrest, were taken.