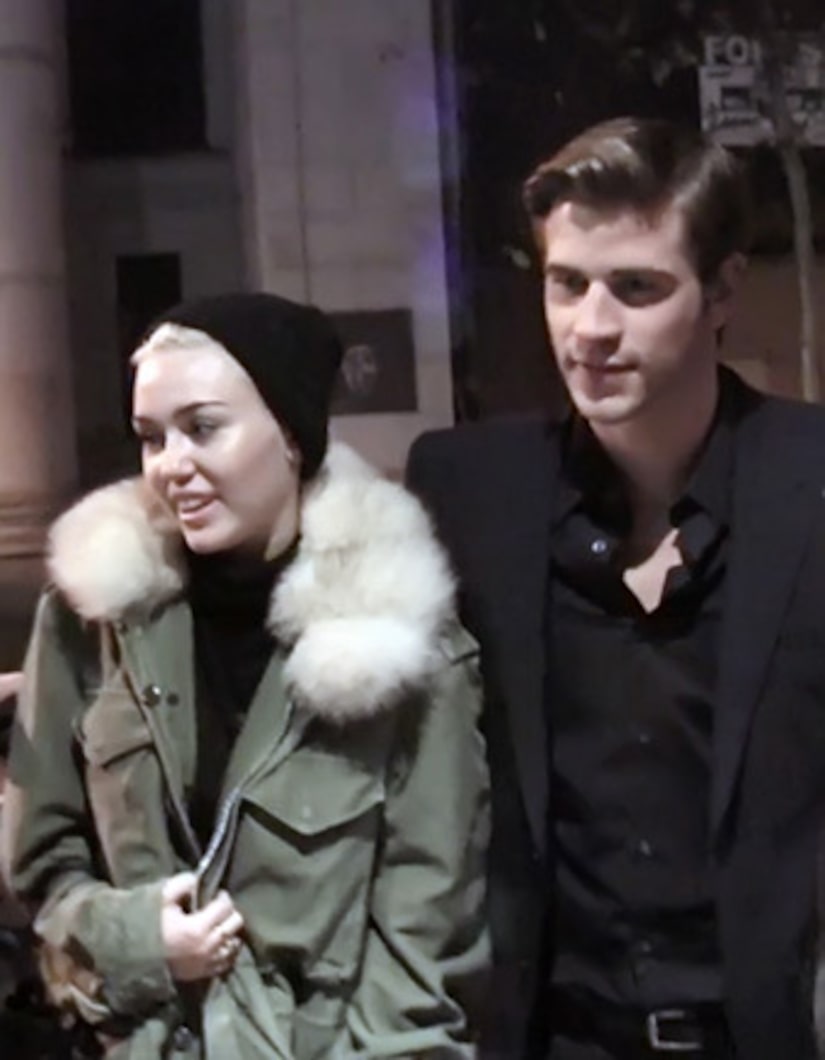 Sources tell the New York Post it's officially over between Miley Cyrus and Liam Hemsworth, blaming the split on her hard partying and his wandering eye.

An insider explained, “While Miley has insisted they are still together, right now they are very, very much apart.”

Rumors about the breakup began heating up in February when Miley and Liam stepped out separately on Oscar night. She was spotted with friends like Kelly Osbourne at the Elton John party, while he was seen hanging with January Jones at Chateau Marmont.

Not long after, Liam jetted off to Australia alone. The following week, she was photographed without her engagement ring, but assured Twitter followers, “I didn't call off my wedding.”

One source told the Post, “He needed to get away from Los Angeles and spend some time with his brother and friends.”

Another insisted, “Miley and Liam are done; it's over. She likes to party really hard and can be pretty wild. It became a problem for him.”

This isn't the first time the two have called it quits, said another insider. “They have broken up before, and are broken up again now. There was drama because she suspected he had a wandering eye, and she recently tweeted a denial that he cheated."

Miley still has hope, according to an additional Post connection. “Miley is a fiery character, and they do fight, but she is crazy about Liam,” the person said. “She isn't ready to accept that it might be over for good.”