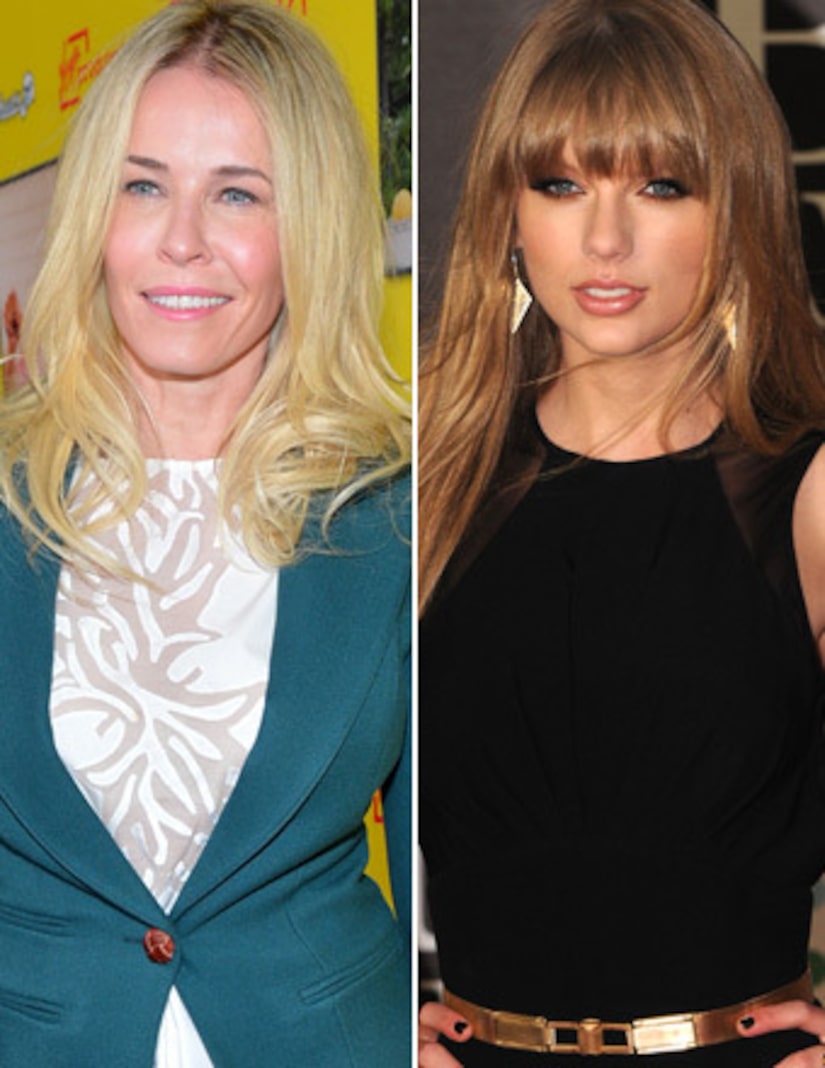 The mocking came after Taylor hit back at Tina Fey and Amy Poehler for making fun of her love life at the Golden Globes. Quoting Katie Couric, Swift told Vanity Fair, "There's a special place in hell for women who don't help other women."

In the midst of the hype -- including responses from Fey and Poehler -- Chandler weighed in on the feud during a visit to Bravo's "Watch What Happens Live."

"I think that was a bold statement, but I'm not on anyone's side because I just don't care enough," she said. "I like that she's being that vociferous about something that she thinks they were out to get her. They were clearly making a joke just about her demeanor, which is embarrassing. I mean, she's just dated so many men."

The “Chelsea Lately” host added, "My theory about Taylor Swift is that she's a virgin, that everyone breaks up with her because they date her for two weeks and she's like, 'I'm not gonna do it.' And they're like, 'Oh, well, forget it. Then I don't want to date you.' Every guy thinks they're going to devirginize her, and they're not. She's never going to get devirginized, ever, ever, ever, ever."

Swift defended her private life in Vanity Fair, explaining, “The fact that there are slide shows of a dozen guys that I either hugged on a red carpet or met for lunch or wrote a song with… it's just kind of ridiculous. It's why I have to avoid the tabloid part of our culture, because they turn you into a fictional character.”