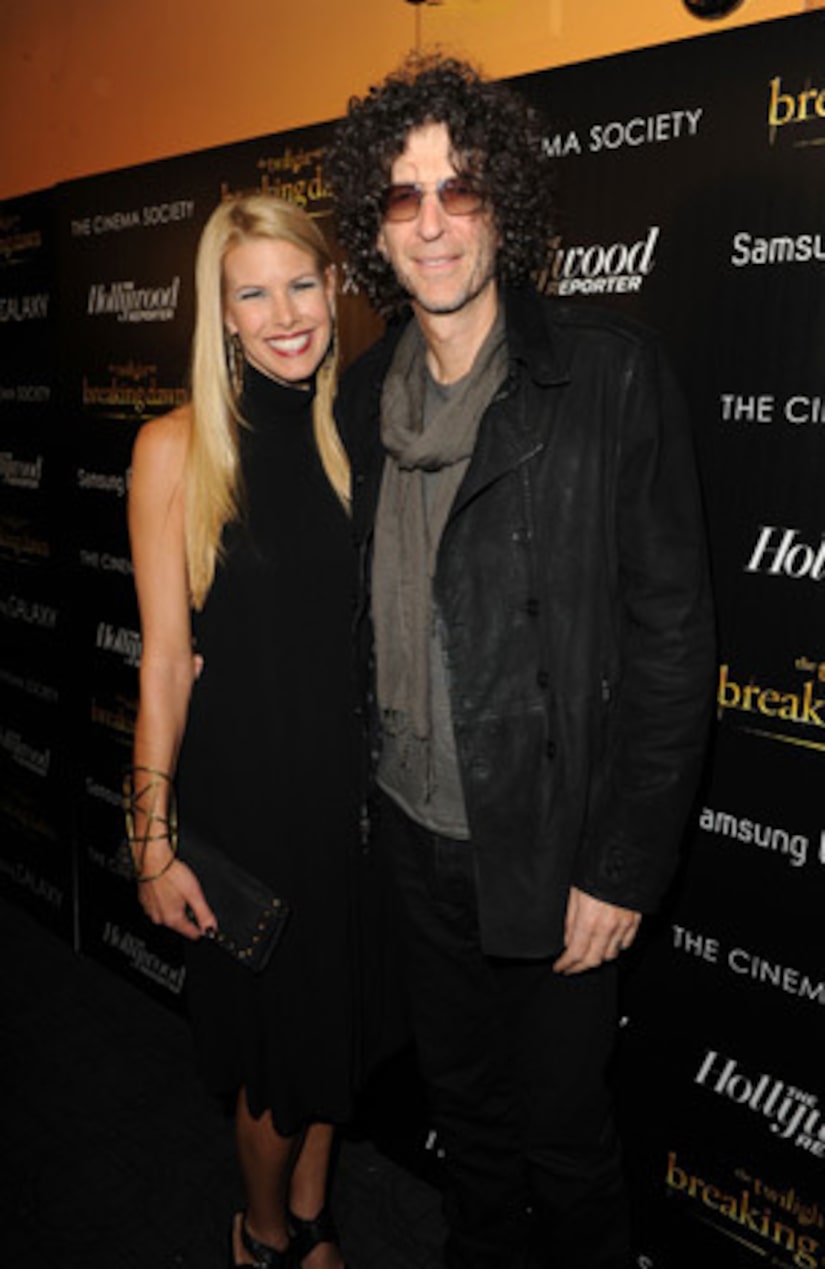 Shock jock Howard Stern could be joining NBC's late night lineup, according to the New York Post, and his wife, Beth, tells "Extra" he would be "perfect" for the job.

Rumor has it that Jay Leno could be exiting the "Tonight Show" and that Jimmy Fallon will take his place. Meanwhile, according to the Post, Stern is being “groomed” by NBC to take over Fallon's spot.

Beth told “Extra,” “I always thought Howard and late night TV would be a perfect fit. But, then again, I think everything Howard does is perfect.”

She added, “I'm personally not looking for him to take on yet another job. With his 'America's Got Talent' schedule and his morning radio show, I need more Howard at home!”