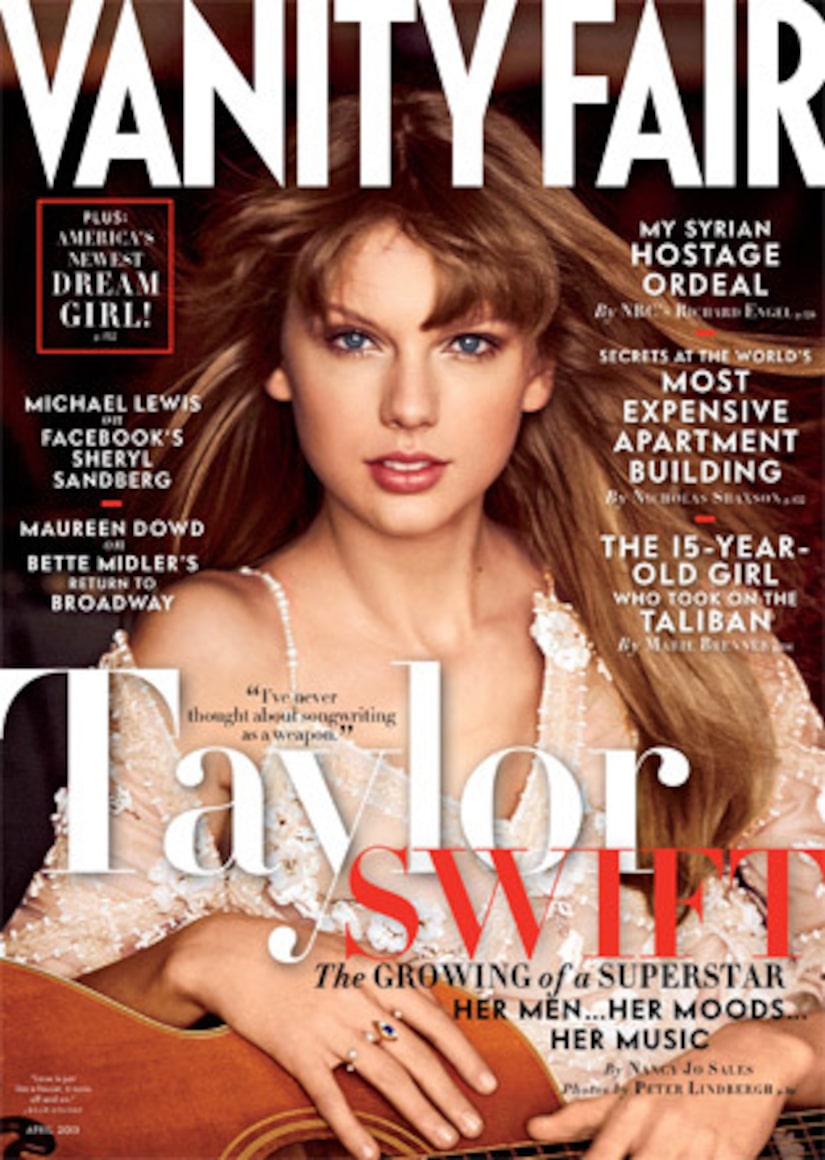 Country star Taylor Swift and One Direction's Harry Styles split up in January, but the press and public are still trying to get to the bottom of the breakup. The “Red” singer is remaining tight-lipped about the relationship, however, she did authorize a friend to discuss Styles with Vanity Fair… on her behalf.

The insider claimed that Styles pursued Taylor, but after they began dating, he was photographed kissing someone else. He sent a text to warn Swift about the photo surfacing online, calling it a goodbye kiss. The source described it differently, saying Harry and the unknown woman were “making out like with their hands all up in each other's hair.”

Afterward, Styles chased Swift for nearly a year before the 23-year-old took him back. “But the whole time she says she feels like he's looking at every girl,” the friend explained. Later, while in London together, Harry “disappears one night and after that it was like he just didn't want to keep going.”

When Swift was asked about the long list of guys she has supposedly dated, she defended herself. “If you want some big revelation, since 2010 I have dated exactly two people,” she said, referring to Conor Kennedy and Styles.

She continued, “The fact that there are slide shows of a dozen guys that I either hugged on a red carpet or met for lunch or wrote a song with… it's just kind of ridiculous. It's why I have to avoid the tabloid part of our culture, because they turn you into a fictional character.”

Swift also hit back at rumors that she bought a home in Cape Cod near the Kennedy family's Hyannis Port compound. “People say that about me, that I apparently buy houses near every boy I like -- that's a thing that I apparently do,” she said. “If I like you I will apparently buy up the real-estate market just to freak you out so you leave me.”

According to VF, Swift's management company, 13management, did purchase a home in Cape Cod via Ocean Drive LLC in November 2012, but has since sold the property.