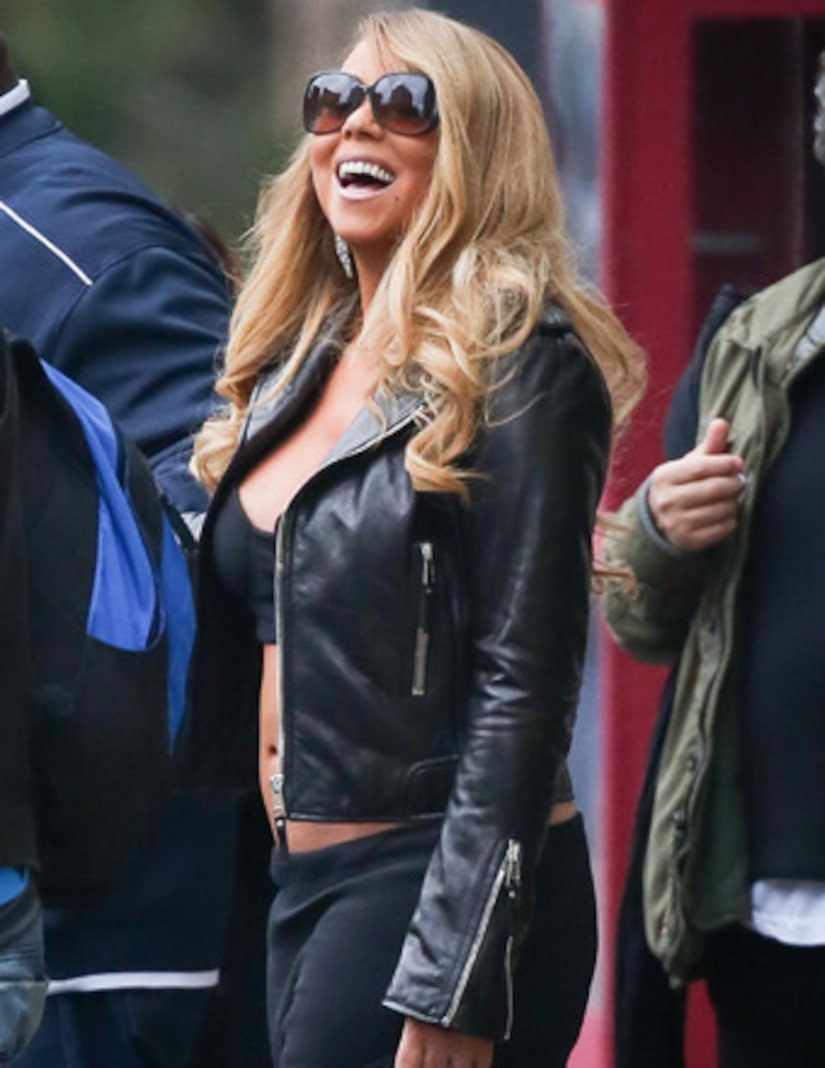 Mariah Carey was literally busting out of her body-hugging cream dress at a concert in Atlanta last Saturday, making her the latest “American Idol” judge to suffer a nip slip wardrobe malfunction.

Check out the photo at Us Weekly!

Carey -- and for a brief moment, her left breast -- greeted fans at So So Def's 20th Anniversary Party. The “Hero” singer was onstage to wish a happy birthday to longtime friend Jermaine Dupri.

Just this week, Minaj joked with “Extra's” Renee Bargh that she could beat Mariah in a sing-off by simply “flashing my boobs.” Game on?