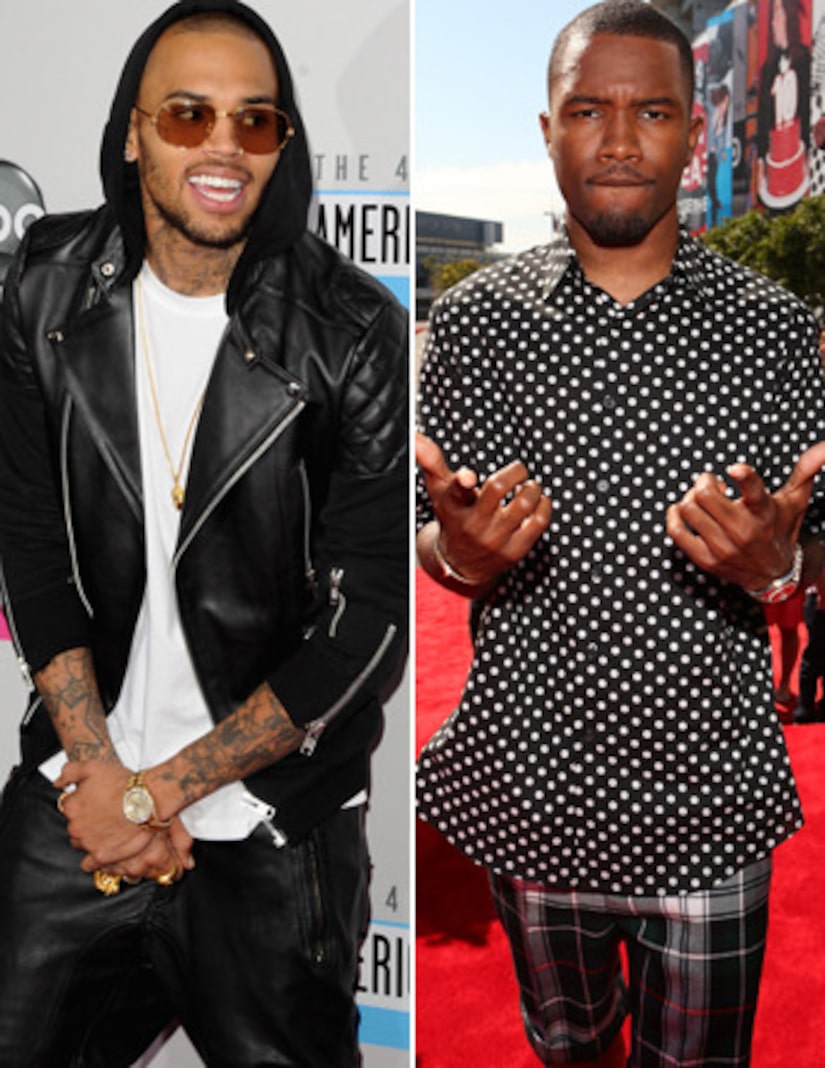 Singers Chris Brown and Frank Ocean reportedly got into a nasty parking lot brawl Sunday night outside of a recording studio. Sources told “Extra” that the “Turn Up the Music” singer was trying to leave when Frank picked a fight.

TMZ further explained that Brown was at Westlake Studio listening to one of the artists he reps. When he tried to leave, Ocean allegedly blocked his car and said, “This is my studio, this is my parking spot.”

Chris supposedly tried to shake Frank's hand and that's when the fight broke out. Police were called to the scene, but when they arrived, Chris was already gone.

TMZ reports that officers want to speak with Brown and at this time, Ocean is considered the victim. He says the scuffle, involving six people, was over a parking space and that Brown punched him. So far, no arrests have been made, and no charges filed.

After the incident, Frank tweeted, "got jumped by chris and a couple guys. lol. i only wish everest [his dog] was there... cut my finger now I can't play w two hands at the grammys."

Meanwhile, Chris posted an Instagram pic taken with friends at the studio with the caption, “Working on my album. Not working on negativity. Focus on feeding ya family. Bulls**t will forever be in the shadows.”